Jakarta, Aug 31 : India’s women’s hockey team got a silver medal at the Asian Games for the second time as it lost 1-2 to lower-ranked Japan in the final at the Gelora Bung Karno Hockey Field here on Friday.

World No.14 Japan took the lead through Minami Shimizu in the 11th minute but world No.9 India pulled level through Neha Goyal in the 25th minute. Motomi Kawamura regained Japan’s lead in the 44th minute. India couldn’t find their equaliser and had to settle for the silver medal.

It was India’s second silver medal in women’s hockey in Asiad history. The last time they had finished second was in the 1998 edition. The only time they have won the title was in 1982 Games in New Delhi.

Coming into the final, India were the favourites having scored 38 goals during the group stage before securing a 1-0 win over China in the semi-finals. Also. going by recent results, India have had uccessful outings against the Japanese.

India started the first quarter well as they created a few opportunities which saw forwards Lalremsiami, Navneet Kaur and skipper Rani Rampal come close to scoring, but were denied by a rigid Japanese defence.

The Japanese got into the game and had their first real chance in the 8th minute as they forced Indian goalkeeper Savita to make a save off Aki Yamada’s shot. 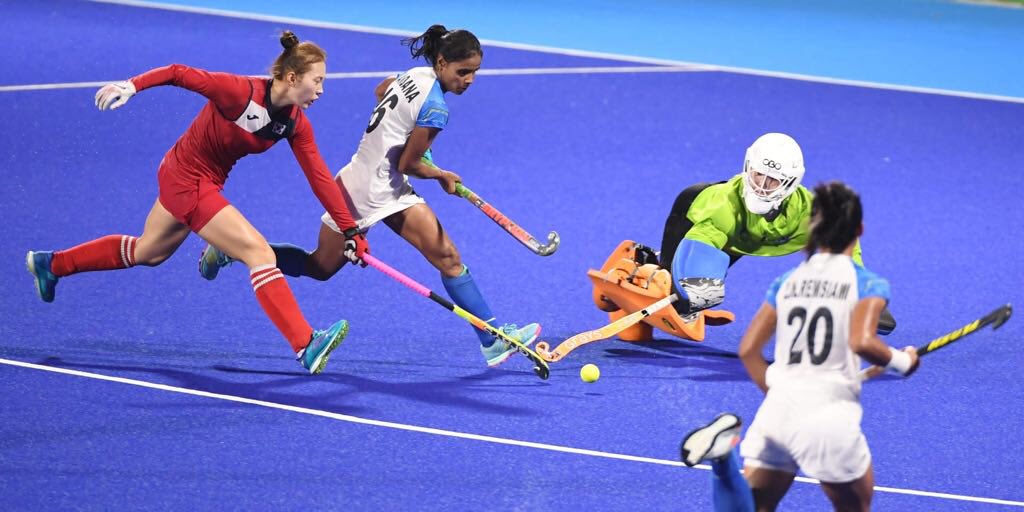 Japan looked comfortable on the ball towards the start of the second quarter and made several interceptions to deny India the opportunity to stitch passes together.

However, the Indian team was finally successful in finding an equaliser in the 25th minute as Navneet Kaur and Neha combined in a brilliant counter-attacking move to score India’s equaliser. Navneet struck a reverse shot across goal from inside the striking circle to find an unmarked Neha, who deflected the ball into the back of the net. 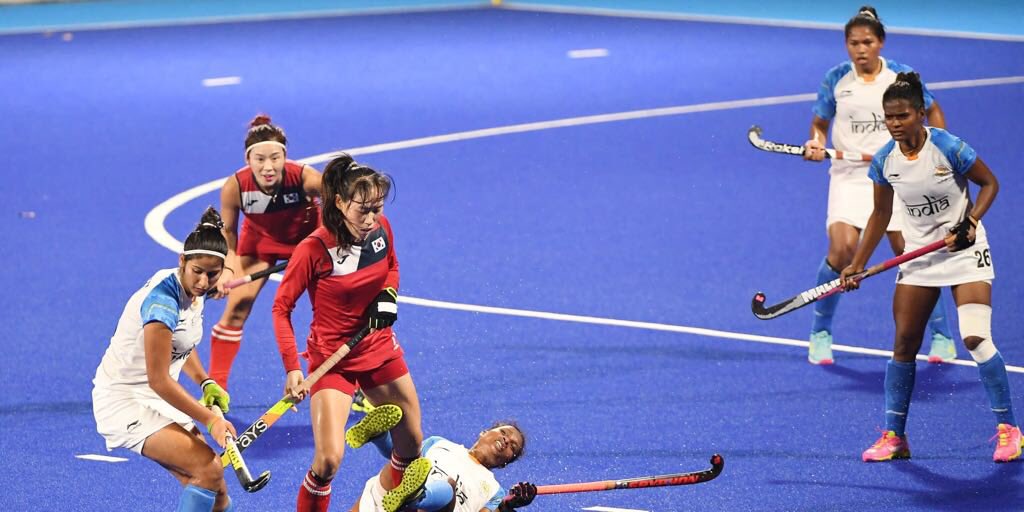 In the third quarter, India minimised unforced errors, building pressure on their opponents by keeping the ball better.

India had the first chance of the period in the 36th minute as Vandana Katariya and Navjot Kaur combined to attack on the counter, but the Japanese defence held firm to clear the ball away.

Vandana Katariya took another shot in the next minute but her strike was saved by Kageyama.

Japan, too, got their game going. With just over a minute remaining in the third quarter, Japan were awarded their second penalty corner which was well converted by Kawamura through a variation as they led 2-1.

It was desperate times for the Indian team as they tried to find a way past the Japanese defense. Whereas, Japan, on the other hand, tried to stay in front and manage the match well as they kept possession inside India’s half to utilise vital seconds.

The Indian team created an opportunity in the last minute when Rani and Vandana found themselves in possession inside Japan’s striking circle. But the latter’s shot went just wide of the goalpost as Indian hopes fizzled.

India will open their account in the World Test Championship against the West Indies on Thursday.
byIANS

Australian Open : Sania Mirza and Barbora Strycova (Cze) have won the first round

The Indo-Czech pair defeated British duo of Jocelyn Rae and Anna Smith 6-3, 6-1 in their first round match.
byAH Siddiqui