Mumbai, July 14 (IANS) After Railway Minister Piyush Goyal cracked the whip, the Western Railway (WR) launched a safety audit of all 445 bridges on the Mumbai suburban section, deploying modern techniques to scan some of the oldest structures, an official said here on Saturday.

The first to be inspected and audited was the 98-year old Mahalaxmi road overbridge (ROB) and later the Bandra ROB, with the new time-saving technique through the “tower wagon car”. 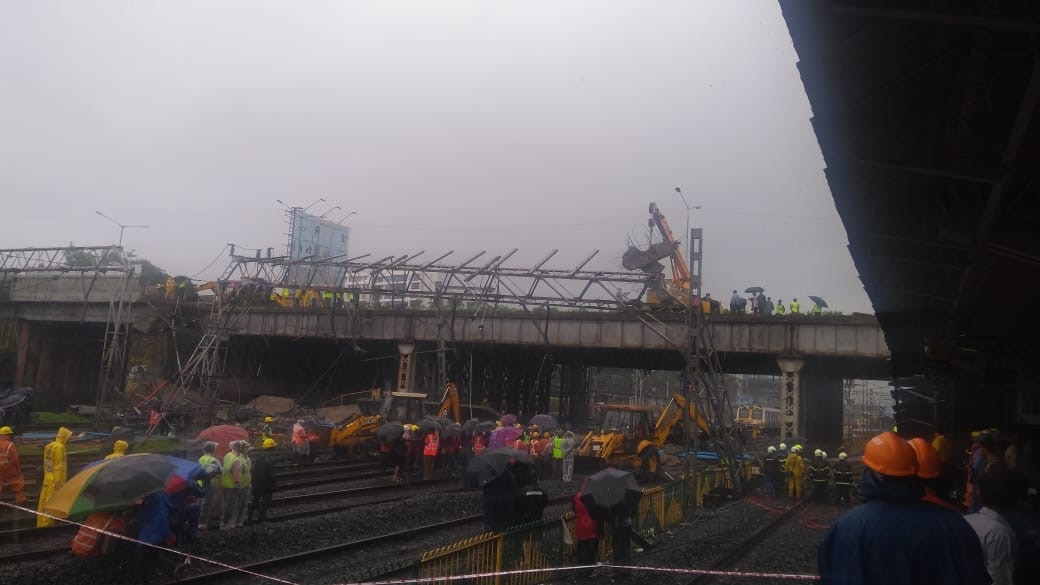 “The tower wagon has been designed to save inspection time to two hours against the normal four hours by conventional methods and even perform urgent repairs,” said WR spokesperson Ravinder Bhakar.

Conventionally, a long ladder was transported from Lower Parel station to the required station, shifted manually to the bridge site and only one person at a time could climb it, while clutching a load of equipment. The ladder needed to be shifted continuously for examining each girders, pillars or spans.

However, the new tower wagon allows the entire inspection team to climb to the targeted site armed with tools and machinery, and even carry out spot emergency repairs, making it a quick, safe and quality process, said Bhakar.

On the WR’s Churchgate-Virar sector, there are 29 ROBs, 110 Foot overbridges (FOBs) and four pipeline bridges, and the rest are on the Central Railway (CR), across Mumbai, Thane, Palghar and Raigad districts, catering to over eight million daily suburban commuters.

Spelling relief, the Mahalaxmi ROB was found to be “structurally sound and in safe condition” at all its 15 girders and five spans after it was inspected in minute details by two tower wagons.

The 56-year old Bandra ROB with 13 girders and three spans was also found structurally safe and sound, the WR said.

Bouyed by the results, the WR will now carry out the safety audits of all the remaining bridges with tower wagons over the next three-four months, as resolved at a high-level meeting on July 5.

Following stringent observations by the Bombay High Court, a public uproar after the July 3 crash of a portion of the Andheri FOB which killed one woman, the beleagured WR, CR, BrihanMumbai Municipal Corporation along with IIT-Bombay experts launched the full-scale bridges’ audits.

It was decided to order repairs or reconstruct the stressed bridges on priority without procedural delays, with precedence given to the oldest structures, while ensuring complete coordination among various agencies.

They would also explore the feasibility of creating a special corpus fund for the purpose of an appropriate amount, to ensure financial resources are readily available, especially for undertaking works of urgent nature or in emergencies.

Beijing, Nov 29: A Chinese company has unveiled the first satellite in a constellation plan to provide free…
byAsha Rai