New Delhi, Jan 31: The makers of the fourth instalment of the Hate Story franchise have released the first song video from the film. Starring Urvashi Rautela, the song is a reprised version of Himesh Reshammiya’s hit number Aashiq Banaya Aapne.

Believe us when we say that it will make you miss the 2005 Emraan Hashmi, Tanushree Dutta and Sonu Sood-starrer Aashiq Banaya Aapne’s title track badly, which instantly soared on the popularity charts.

Yes, you are right. Unlike the original track, the remake of Aashiq Banaya Aapne is completely in a female voice, sung by none other than Neha Kakkar but there are some portions of Himesh’s voice from the original track that have been retained in it. But the central focus point of the song video is Urvashi and her sizzling dance moves. The actress gave a glimpse of her oomph factor in the video, and more than Neha’s beautiful voice, it is Urvashi’s curves that will attract your attention the most. 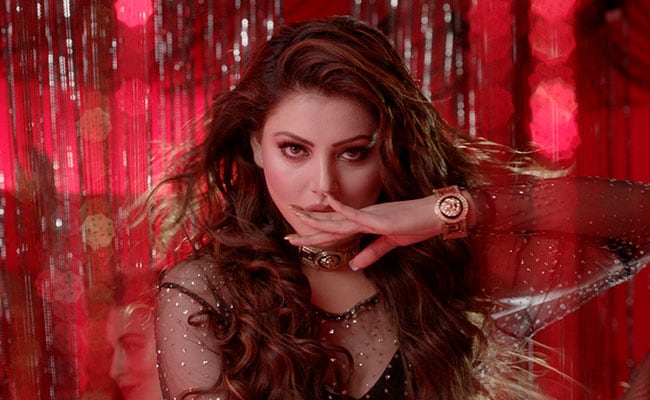 Karan Wahi also has a small appearance in the song video, but he does nothing much other than sipping in some “Magic Moments” vodka. Of late, there has been a trend of remaking popular old tracks, and the makers of Hate Story 4 have joined the bandwagon with their first song video.

The song has been composed by Tanishk Bagchi, while Manoj Muntashir has penned the lyrics. The makers of Hate Story 4 have given a peppy touch to the otherwise slow track, and it certainly does good justice to the song.

Directed by Vishal Pandya, Hate Story 4 is a revenge thriller like its previous installments. Apart from Urvashi and Karan, the film also features Ihana Dhillon, Vivan Bhathena and Gulshan Grover.

In case if you have missed the Trailer, Watch it here:

Singapore, May 25: Bollywood actress Kajol walked the red carpet at Madame Tussauds, Singapore to introduce her own wax…
byAsha Rai

Salman Khan asked me to change my name because of Alia Bhatt: Kiara Advani

Mumbai, April 13: Actress Taapsee Pannu is ecstatic that her film “Ghazi” has been named the Best Telugu film…
byAsha Rai