Mumbai, Jan 2: After keeping fans waiting for months, superstar Shah Rukh Khan on the first day of 2018 treated his fans with the title and teaser of his first creative collaboration with director Aanand L Rai. Taking to Twitter, the actor revealed the title of the project as Zero and also shared a one-minute-long video clip featuring him in a never-seen-before avatar as a dwarf.

The teaser ends with a dialogue in which he talks about people call him a “zero” and how he amplifies the lives of others if he stands behind them.

According to Rai, this is a story that celebrates the imperfections in one’s life.

On casting Shah Rukh, Rai told news agency IANS: “I had no option but Khan saab because I needed an intelligent actor, who also can carry that happy-go-lucky attitude.” 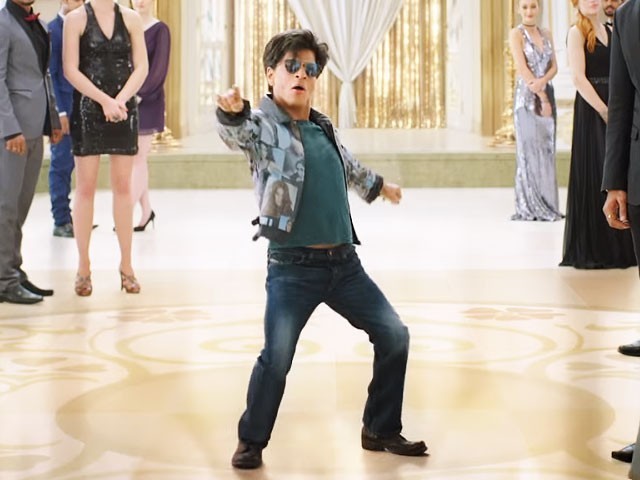 Explaining the thought behind making such a movie and zeroing in on a title like “Zero”, Rai said: “Like the way we say that perfect is boring, imperfection is much interesting… Our film is also celebrating the same. The story of the film is celebrating a perfect love story of two imperfect people.

“Though the protagonist of the film is a dwarf but more than the physical disability of an individual, the story talks about the space of emotional incompleteness of our life.”

The central character of the Red Chillies Entertainment film is described as ‘Paagal’, ‘Aashiq’, ‘Awaara’ and more, but he is seen happy in his own world, not seeking empathy from anyone. His disability does not stop him to live a happy life.

That’s the core thought of the movie.

“In the last few years, there are certain terms that we are hearing a lot and we can see how people have become over-sensitive on things that earlier used to be taken on a much lighter note. For instance, body shamming. I am oversized and if my friends calling me ‘motu’, I will not take that to my heart and sulk over it.

“Even my friends will not go to that extent to make me feel bullied or humiliated. But it is happening now. I think this is the story we should celebrate now, to realize that we all are incomplete, we all are imperfect, but if we can change our perspective, we can complement each other to make things complete”, Rai further added.

The film, releasing on December 21, also features Anushka Sharma and Katrina Kaif, but the teaser does not divulge anything about their roles. The actors had last featured together in “Jab Tak Hai Jaan”.

Anushka plays a mentally challenged girl in the film while Katrina plays an actress. And it would be interesting to see what a storyteller like Rai has in store for us.

“Zero” is slated to hit the screens on December 21.

By Nivedita  New Delhi, Sep 20: From taking up films like “Chameli” at the start of her career, going…
byWeForNews Desk

Mumbai, November, 29 : The actress was being trolled in social media for telling ‘Animal Farm’ teaches “the…
byArim Zimik