No such confusion allegedly exists in retired Army personnel of Pakistan and China. 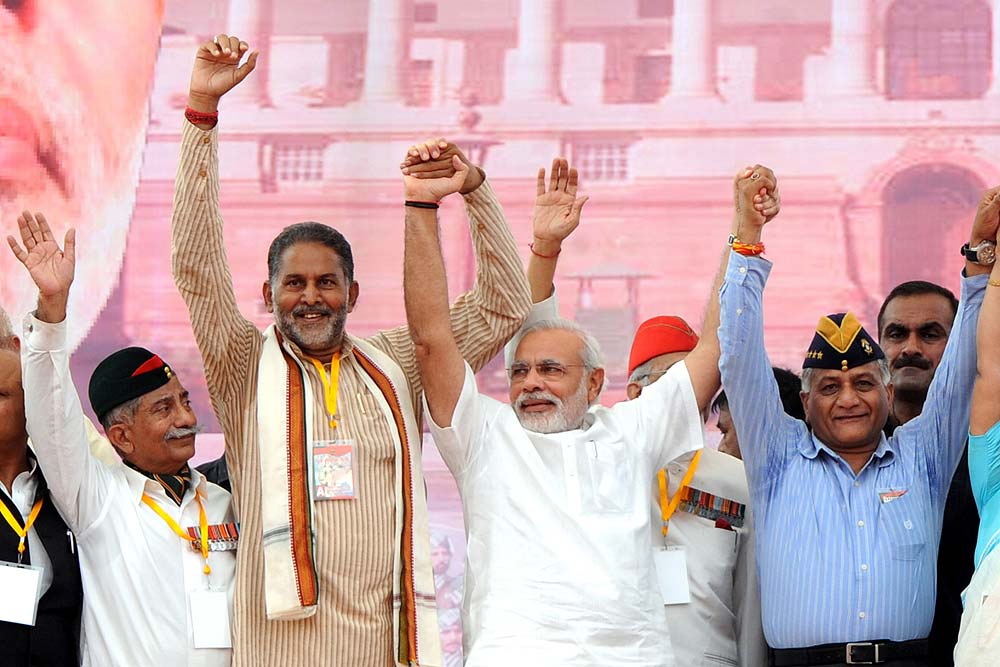 Political “Jumlas” used by Prime Minister Narendra Modi, his ministers and campaign team are often seen as successful in garnering votes since 2013 but the real issue is hanging fire since 2013 when PM Modi promised to give One Rank one pension (OROP) for military veterans in a first public meeting in Rewari in 2013 after being declared as BJP’s prime ministerial candidate. But the promise has remained unfulfilled due to ambiguities created by Modi government.

Finally one rank one pension scheme was announced by the Modi government on September 6,2015 but ex-servicemen are unhappy saying that they have been actually cheated by the present government. 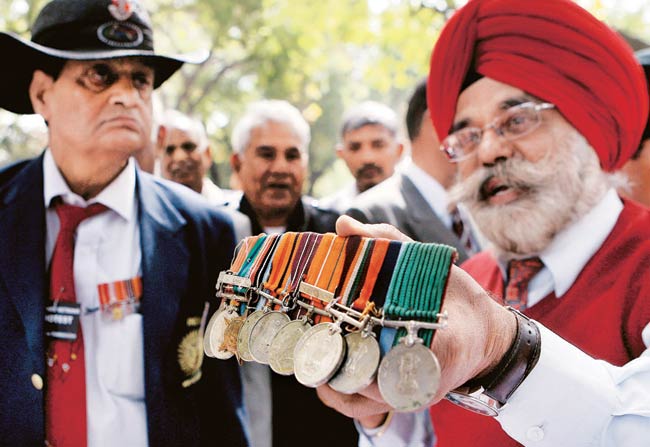 As the matter stands an old General is allegedly getting less pension than a major retired in 2015 is drawing currently.

Actually the one Rank One Pension signifies equal pension to military personnel retiring in the same rank with same length of service, regardless of the date of retirement. Veterans emphasize that OROP is like an honour to them and this type of implementation negates the justice as the military personnel are not treated in equity which are so necessary for  national security.

Retired major General Satbir Singh has rightly claimed that what has been implemented is not OROP but one-time increase in pensions. If the anomalies are not removed, a senior defence personnel will start drawing less pension than their juniors, a system unacceptable constitutionally, fairly and justifiably.

Amid hightened tensions between India and its nuclear-armed neighbour Pakistan, a dispute with the country’s military is something Modi cannot afford.

Military personnel even lined up to return their medals, points to the fact that how the army personnel h are clamoring for their desired pay.

According to the findings of a study of salaries conducted by the Institute of Defence Studies  and Analyses, those serving at the highest positions in United States and United Kingdom are paid much more then their Indian counterparts.

For instance, a General in the UK military would earn close to $23,000 a month as basic salary in purchasing  power parity terms while while his Indian counterpart would get less than $10000. No such confusion allegedly exists in retired Army personnel of Pakistan and China.

Decreed in the name of Queen Elizabeth II, the Proclamation noted that British Columbia is 'a culturally diverse province comprising many peoples and communities'.
byIANS
2 shares
2
0
0

India to counter China’s Strategy in the Caucasus

External Affairs Minister Sushma Swaraj met with the President of Azerbaijan, Ilham Aliyev at the President’s Palace on…
byAarti Bali

Saavdhan India' actress Preetika Chauhan (30) was among one of the people who got arrested after getting caught buying drugs. Here's everything about her!
byIANS