Riyadh, May 20 : The US and Saudi Arabia announced deals worth over $55 billion on Saturday, coinciding with President Donald Trump’s arrival here for a two-day visit.

The Saudis announced they had reached preliminary agreements with US defence companies, industrial manufacturers and oil and gas companies following a Saudi-US CEO Forum in Riyadh, CNN reported.

The series of deals also includes a $12 billion investment in a US oil refinery from Motiva Enterprises, a subsidiary of Aramco, Saudi Arabia’s national oil and gas company.

The deals are at least in part aimed at garnering goodwill with Trump, who has focused on delivering a boost to companies in those three industries, giving him a multibillion-dollar package to champion as he returns to the US.

The agreement with defence companies represents just a part of the $110 billion deals that Trump and Saudi King Salman are expected to broker by the end of the US President’s visit. 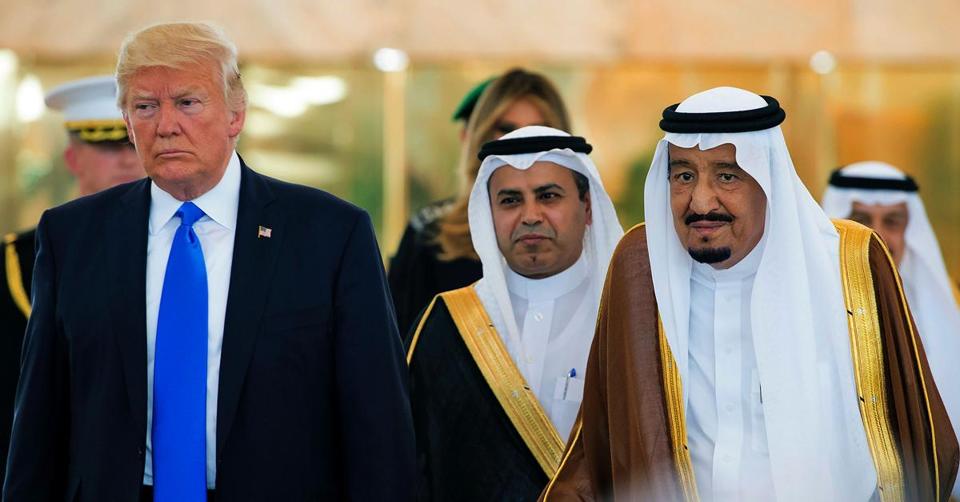 The defence portion of the agreements on Saturday included a $6 billion deal for Lockheed Martin to build 150 Blackhawk helicopters in Saudi Arabia, helping the kingdom develop its defence industry, which is a key component of the country’s 2030 Vision plan.

US defence company Raytheon will also establish a branch in Saudi Arabia and General Dynamics agreed “to localise design, engineering, manufacturing, and support of armoured combat vehicles,” the government announced in a press release.

The American technology and engineering giant General Electric (GE) also reached a $15 billion deal to work with the Saudi kingdom on a range of projects aimed at improving the country’s power grid and energy capabilities.

Dow Chemicals will also build a $100 million manufacturing plant in the country.

Trump, along with his wife Melania and daughter Ivanka, arrived in Saudi Arabia’s capital on Saturday for the first stop on his five-nation foreign trip, the first of his presidency.

Trump will be looking for more than just economic deals as he eyes an increased commitment from Saudi Arabia and other Gulf allies to combat the Islamic State and terrorism more broadly in the Middle East.

The deals represented a significant victory for the Saudi Deputy Crown Prince, Mohammed bin Salman, who has championed the Vision 2030 plan as necessary to modernising the country and diversifying its economy.

A bench comprising Justices Ashok Bhushan, Sanjay Kishan Kaul and M.R. Shah queried Mehta as the court was concerned since the Centre has deferred loan for three months.
byIANS

Mumbai, Aug 21: The key Indian equity indices on Monday were trading flat in the morning session. The 30-scrip…
byShikha Mehta

New Delhi, February 22: Mocking up state of affairs of ATM security in the national capital, a State Bank of…
byPriyanka Gupta