US reimposes sanctions on Tehran

The Trump administration has exempting eight countries from tough sanctions that the United States is reimposing against Iran, which were lifted under the 2015 nuclear deal.

Mike Pompeo, the secretary of state said that eight countries  were being granted six-month waivers but are expected to end their imports of Iranian oil “within weeks.” The nations will have to re-apply for extended exemptions at the end of six months.

The White House said it was “the toughest sanctions regime ever imposed on Iran” and targeted Iran’s energy, shipping,banking sectors and oil industries that will come into effect on Monday.

However, eight countries,including close allies South Korea and Japan, as well as India will not be penalised by the US for buying Iranian oil after it reimposes sanctions on Tehran

Trump did not even consider the International Court of Justice (ICJ)  order that  the US should ease sanctions it re-imposed on Iran after pulling out the 2015 nuclear deal.

Siding with Tehran, the ICJ said exports of “humanitarian” goods, such as food and medicines, should be allowed.

President Donald Trump withdrew from the deal in May, describing it as “defective at its core” that “failed to achieve the fundamental objective of blocking all paths to an Iranian nuclear bomb” and did not deal with Tehran’s “malign activities, including its ballistic missile programme and its support for terrorism”.

Terming US sanctions as a “psychological war” against Tehran, Iran’s Foreign Ministry Spokesman Bahram Qassemi said that the Islamic Republic has no concerns over such US bids.

“There is no room for any concern. We should wait and see that the US will not be able to carry out any measure against the great and brave Iranian nation,” he added.

Iran challenged the sanctions in a case filed in July at the court.

The deal was originally signed between Iran and China, France, Russia, the UK, the US plus Germany and the European Union, which aimed to halt the Islamic Republic’s nuclear weapons programme in exchange for lifting of economic sanctions.

Announcing the decision on Wednesday, the ICJ’s President Judge Abdulqawi Yusuf said: “The court considers that the US must remove, by means of its choosing, any impediment (…) to the free exportation to the territory of Iran of goods required for humanitarian needs.”

The International Atomic Energy Agency, which monitors Iran’s adherence to the nuclear pact, had found that Tehran fully complied with the agreement.

Tehran said the sanctions violated the 1955 Treaty of Amity, Economic Relations, and Consular Rights between Iran and the US, which grants the ICJ jurisdiction over disputes. 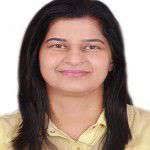 A renowned environmentalist, Harshwardhan, says that it was an irony that Rajasthan authorities were unable to outline which is the reserved Aravali region in Rajasthan or in neighbouring Haryana.
byWeForNews Desk
4 shares
4
0
0

US to sell missiles worth over $133 mn to Japan

Washington, Jan 10: The US has approved the sale of missiles worth $133.3 million to Japan, saying it will…
byWeForNews Desk

BEIJING, July 22 : An earthquake with a magnitude of 7.4 jolted 84 km south-southeast of Perryville, Alaska…
byAarti Bali