‘Toilet Hero’ gets over Rs 15 crore opening in China

Mumbai, June 9: Bollywood star Akshay Kumar is overwhelmed with the love the audience in China has given to his film “Toilet Hero” — originally titled “Toilet: Ek Prem Katha” — which has made over Rs 15 crore at the Chinese box office on its opening day.

“Thank you audiences in China for your appreciation for ‘Toilet Hero’. Delighted to receive so much love,” Akshay tweeted on Saturday.

Thank you audiences in China for your appreciation for 'Toilet Hero' delighted to receive so much love ?

The movie, which deals with the subject of sanitation and the need for toilets, opened in China — an emerging market for Bollywood films — on Friday.

It hit 4,300 screens in China, according to Reliance Entertainment, which released the movie in the country. 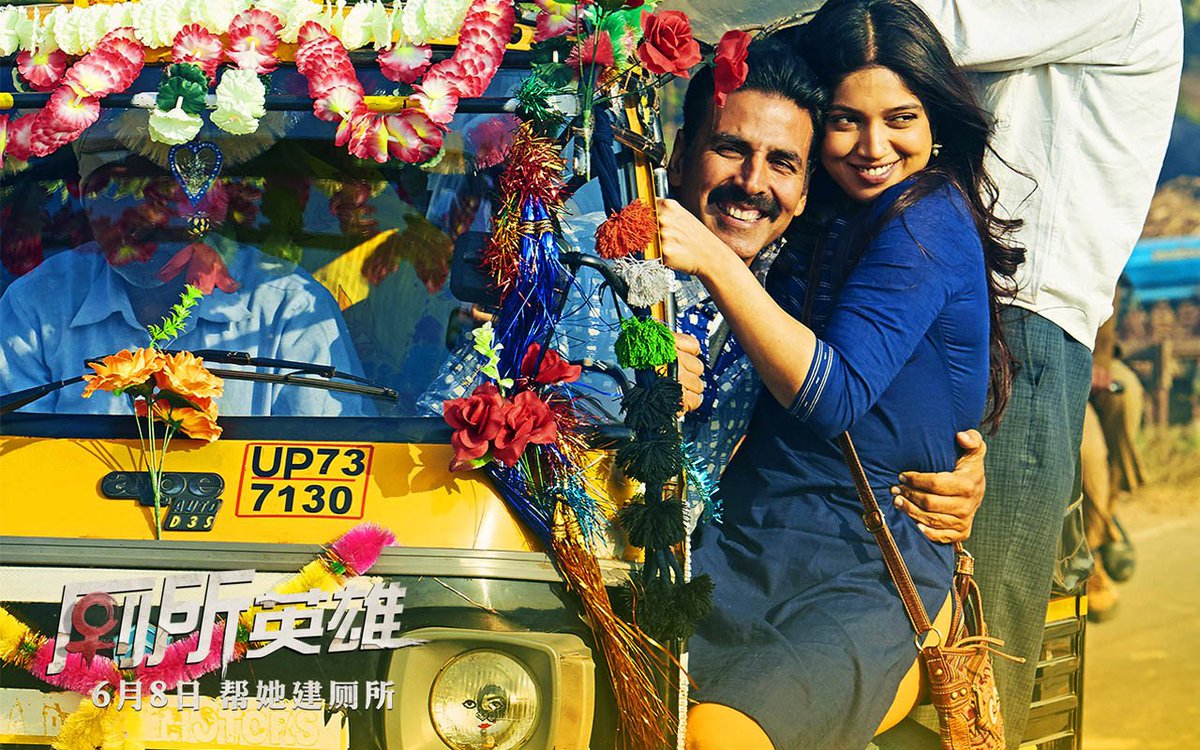 “‘Toilet Hero’ makes a whopping 15 million Yuan equivalent to Rs 15.8 crore on Day 1 at the Chinese box office! This is the third biggest opening of Indian films in China,” read a post from the official Reliance Entertainment Twitter handle.

The film’s actress Bhumi Pednekar was excited for its release there.

“Thank you again for all the love & support we have already got and really hope that we get the same all over again,” she had tweeted on Friday.

China has become receptive to Indian films, given the popularity of movies by Aamir Khan. Even “Baahubali 2: The Conclusion” found several takers, followed by Irrfan Khan’s “Hindi Medium” and Salman Khan’s “Bajrangi Bhaijaan”.

New Delhi, Nov 2: After the success of “Kaabil”, actress Yami Gautam says she wants to explore the world…
byShivangi Raghav

Bollywood’s one of the most charming personality “Anushka Sharma” , who is known for her bubbly nature, turns…
byAnushruti Singh