‘This Is Not What We Suggested’, Says Anil Bokil, The Man Credited With The Idea Of Demonetisation

He is quite disappointed with the government.

The moment Prime Minister Narendra Modi announced his ‘surgical strike’ on black money, another man became famous. Anil Bokil, founder of Arthakranti and part of the team that reportedly suggested the demonetisation move to curb black money became the headlines. 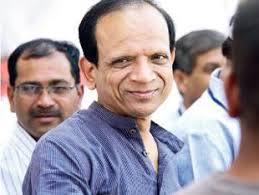 Bokil and his team have been pushing this for more than 16 years.

However, Bokil is not rejoicing. In fact, he is quite disappointed with the government.

“This is not what we proposed. The government has only taken one part of our five-point plan… We had a proper transition plan from large currency denominations to smaller ones,” the 52-year-old told Mumbai Mirror in an interview.

He called the implementation of the demonetisation move “not well-thought-out.”

Bokil’s proposals included the withdrawal of the existing taxation system (barring import duties) and replacing it with a single-point transaction tax, to be deducted at source, and restricting cash transactions to Rs 2,000, which would not attract any tax.

Nation’s democracy will weaken if we are left with BJP as single party: Swamy

Lucknow, May 10: Tension has gripped, after the 24-year-old brother of Bheem Army district president Kamal Walia was shot…
byAnushruti Singh