Mumbai, May 8: After tiding over a legal battle, Sushant Singh Rajput and debutante Sara Ali Khan-starrer “Kedarnath” has been locked for release on November 30. 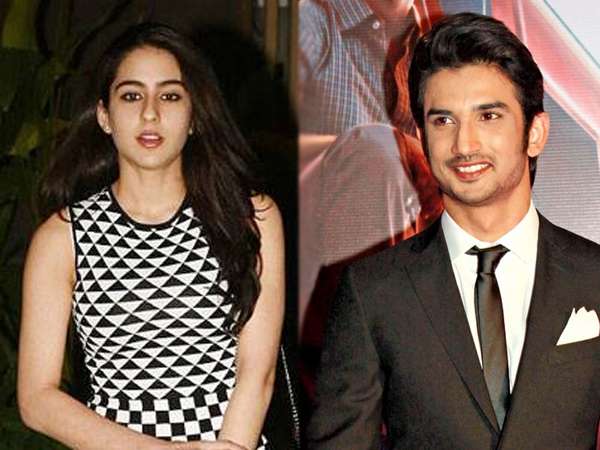 The film’s director Abhishek Kapoor on Tuesday morning tweeted: “We clean up pretty nice. November 30 it is. Save the date everyone. Jai Bholenath.”

Kapoor also shared the film’s poster showing Lord Shiva, and a silhouette of Sushant kissing Sara on the forehead in the background.

Earlier, Kapoor’s Guy In The Sky Pictures (GITS) was making the movie with KriArj Entertainment, but they parted ways.

Then, Ronnie Screwvala and his creative production house RSVP joined hands with Kapoor. This is their second collaboration after “Kai Po Che!”.

Initially, Kedarnath was scheduled to clash with Aanand L Rai’s Zero, starring Shah Rukh Khan, Katrina Kaif and Anushka Sharma, but now that has been averted. Also, with the status of Kedarnath in limbo, Rohit Shetty’s action comedy Simmba was expected to be Sara’s long awaited Bollywood debut. But now, Saif Ali Khan and Amrita Singh’s daughter will enter the Hindi film industry through ”Kedarnath” which is an eternal love story set in the backdrop of the flash floods that wrecked the temple town in June 2013.

The first schedule for the movie, which marks the debut of Saif Ali Khan’s daughter Sara in Bollywood, has already been completed in the mountainous region of Uttarakhand. The shoot for the film is all set to resume later this month in Mumbai.

Cannes, May 11: Bollywood actress Kangana Ranaut lived up to her ‘bold and beautiful’ image as she made her…
byAsha Rai

Achint Kaur: MeToo being misused in film and TV industry

Sharing her life's journey from Meerut to Mumbai, Achint said that having been raised by a single mother, she was now herself a single mother of a 26-year-old son.
byIANS

Megastar Amitabh Bachchan has praised Emraan Hashmi, whose son Ayaan was suffering cancer, for being a “brave father”.…
byShivangi Raghav