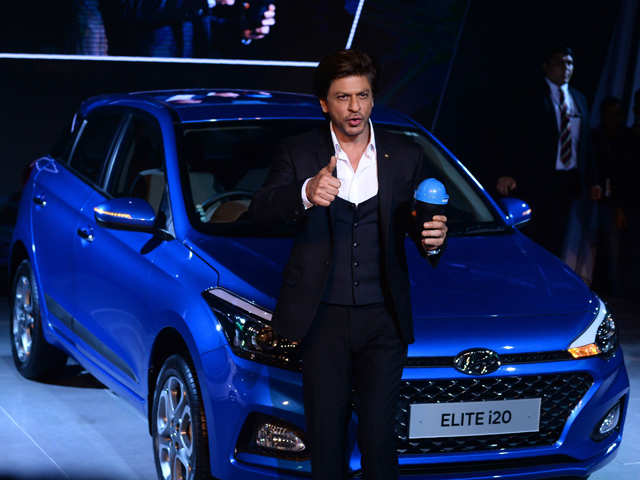 “‘Swachh Can’ is a simple yet powerful idea and I would like to request every single car owner to go ahead and use it and play their role in the Clean India Movement,” Shah Rukh, dressed in a black and white suit with a waistcoat, said at the Auto Expo at the India Expo Mart in Greater Noida, on Thursday.

Shah Rukh, also the Hyundai Corporate Brand Ambassador, has even taught his youngest son AbRam to focus on cleanliness and be a part of the cleanliness movement.

YK Koo, Managing Director and CEO, Hyundai Motor India Ltd, said: “We recently conducted a survey of car owners and found 98 per cent respondents care about cleanliness of outside infrastructure such as streets, and more than 95 per cent respondents favoured they would prefer a portable covered bin inside the car in which waste items could be disposed off. This led us to innovation of ‘Swachh Can.”

Starting from March 1, the Hyundai product line-up will come with a factory-fitted ‘Swachh Can’.

Adding a new dimension to the ongoing probe into the nexus between narcotics and Bollywood, the Maharashtra Congress on Monday demanded a probe into what it alleged drug links of actress Kangana Ranaut.
byIANS

New Delhi, April 1: The Delhi High Court on Monday dismissed a plea seeking a stay on the…
byAsha Rai