“She came here with her family at 5.15 am for ‘darshan’ and spent sometime at the temple premises,” well-known Marathi actor and the Temple Trust Chairman Aadesh C. Bandekar told IANS.

Later, Manushi tweeted: “Seeking blessings from Lord Ganesha at the Siddhivinayak Temple in Dadar (Prabhadevi), Mumbai. So much positivity around the place.”

The medical student from Haryana — who brought the coveted crown to India after 16 years — was clad in a simple light blue ghaghra-choli-dupatta, and sported shining gold-and-saffron stole, and a large ’tilak’ on her forehead.

The Miss World 2017 was accompanied by her medico parents Mithrabasu and Neelam Chhillar, and her brother.

She returned to India on early Saturday with the crown and was accorded a warm welcome at the international airport here. 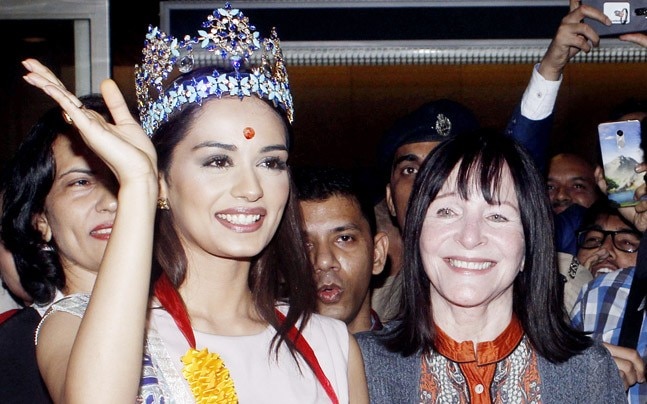 “Badshah” has become the second most followed star in twitter. SRK has hit 20 million followers, and is…
byArvind Pandey

My first ‘Mubarakan’ moment was when I passed 10th exam: Arjun Kapoor

From the very beginning, Shekhar Suman has been claiming that Sushant didn''t commit suicide and he is a victim of foul play.
byIANS

June 1: Expressing apprehensions that he would be booked under a “fake rape case”, Bollywood actor Aditya Pancholi…
byWeForNews Desk