In Saudi Arabia, most families depend on private drivers to personally help transport their female relatives to school, work and other places.

Saudi Arabia’s King Salman has issued a historic royal decree granting driving licenses for women in the kingdom as of next June.

The royal decree issued on Tuesday also ordered the establishment of a high-level committee of involving the ministries of internal affairs, finance, labor and social development. They will be tasked with studying the arrangements to enforce the new law. 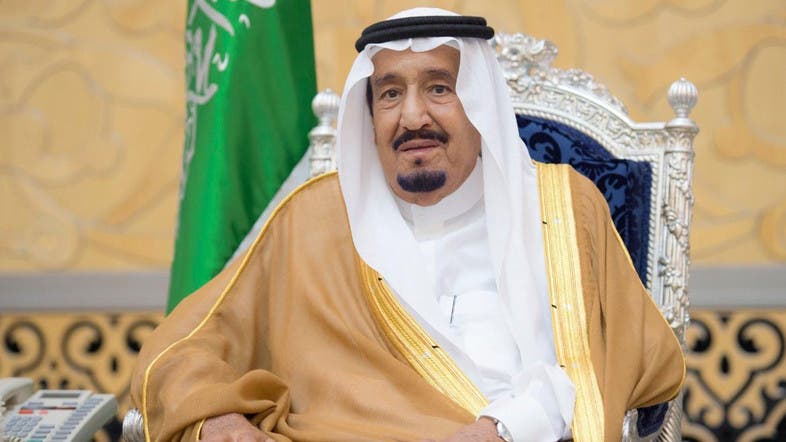 “The royal decree will implement the provisions of traffic regulations, including the issuance of driving licenses for men and women alike,” the Saudi Press Agency said.

“This is a great victory for many Saudi women. This was the one file and issue which Saudi women have fought not just years, but decades for. Every time we asked, we were told the time was not right. When we asked those previous from this men and women who said we didn’t need to drive, King Salman,” Latifa Shaalan, a Saudi female member of Saudi Arabia’s Shoura Council, told Al Arabiya.

Economic impact
“This will have a huge impact on Saudi Arabia’s economy. We have to remember that our kingdom produces more female graduates compared to our male counterparts,” Ghada Ghunaim, Saudi writer and journalist told Al Arabiya.

In Saudi Arabia, most families depend on private drivers to personally help transport their female relatives to school, work and other places.

According to the latest statistics, there are nearly 800,000 men, most from South Asia, who work solely as drivers to Saudi women.
Ghunaim told Al Arabiya English Tuesday’s royal decree will inevitably also help poor and middle-class families.

“A lot of families in Saudi Arabia are not able to afford paying a driver a monthly salary, this royal decree will help ease a lot of families who struggle with their women not being able to drive,” she added.

According to the report, the strike near the Baghdad airport on January 3 was in violation of the UN Charter with insufficient evidence provided of an ongoing or imminent attack.

Geneva, July 10 : Without an actual imminent threat to life, the targeted killing of Iran’s General Qassem Soleimani in an American airstrike earlier this year was unlawful, according to a latest UN report.

Presenting the report to the UN Human Rights Council Thursday on the use of force under drones technology, Agnes Callamard, Special Rapporteur on extrajudicial, summary or arbitrary executions, said the US action constituted an arbitrary killing, reports Xinhua news agency.

“In light of the evidence that the US has provided to date, the targeting of General Soleimani, and the deaths of those accompanying him, constitute an arbitrary killing,” Callamard said in her report.

According to the report, the strike near the Baghdad airport on January 3 was in violation of the UN Charter with insufficient evidence provided of an ongoing or imminent attack.

No evidence has been provided that General Soleimani, the commander of the Quds Force of the Islamic Revolution Guards Corps, specifically was planning an imminent attack against US interests, particularly in Iraq, for which immediate action was necessary and would have been justified, the report said.

Also no evidence has been provided that a drone strike in a third country was necessary or that the harm caused to that country was proportionate to the harm allegedly averted, the report added.

Natanz, located some 250 km south of Tehran, includes underground facilities buried under some 25 feet of concrete, which offers protection from airstrikes.

Tehran, July 6 : A new and more advanced structure will be built at Iran”s Natanz nuclear facility to replace the one damaged in a recent fire “incident”, a spokesman for the Atomic Energy Organization of Iran (AEOI) said on Monday.

“Necessary arrangements have been made to rebuild the damaged shed at Shahid Ahmadi Roshan (Natanz) nuclear facility and a bigger shed with more advanced equipment is to replace it,” the spokesman, Behrouz Kamalvandi said.

More centrifuge machines were supposed to be produced at the damaged shed, Kamalvandi said, adding that parts of measurement and precision tools in the shed were destroyed and damaged in the “incident”, reports Xinhua news agency

The “incident” has not caused hindrance in Iran”s enrichment work, although it may slow down development and manufacture of advanced machines in the medium term, he said.

“We would make up for this slowdown through round-the-clock work and diligent efforts of our colleagues at the organization.”

On July 2, Iran announced that the fire at the Natanz nuclear facility caused no damage to the establishment, but it affected one of the structures for storing stock items.

The next day, Iran’s Supreme National Security Council (SNSC) saidthat the country”s experts had determined the main cause of “incident” and would announce it at an “appropriate time”.

Natanz, located some 250 km south of Tehran, includes underground facilities buried under some 25 feet of concrete, which offers protection from airstrikes.

The facility is a Fuel Enrichment Plant covering 100,000 square meters.

Since the outbreak of the coronavirus, Iraq has been taking measures to contain the pandemic.

The ministry also confirmed 102 more deaths, raising the death toll from the infectious virus to 2,262 in the country, Xinhua reported.

It also said that 1,688 people recovered during the day, bringing the total recoveries from the disease to 29,600.

The new cases were recorded after 12,176 testing kits were used across the country during the past 24 hours, and a total of 579,861 tests have been carried out since the outbreak of the disease, according to the ministry”s statement.

The ministry frequently attributed the recent increase of COVID-19 infections to the lack of compliance of the citizens to the health instructions, as well as to the increase in the testing capacity due to the increase of labs in Baghdad and the other Iraqi provinces.

Since the outbreak of the coronavirus, Iraq has been taking measures to contain the pandemic.

Dubey killed to cover up his links: Kapil Sibal

Delhi riots: No relief to Sharjeel Imam from HC

Ameesha Patel has a ”hot” wish

Hina Khan is getting toned in style

Kriti Sanon on ”Dil Bechara”: Its gonna be really hard to watch this one