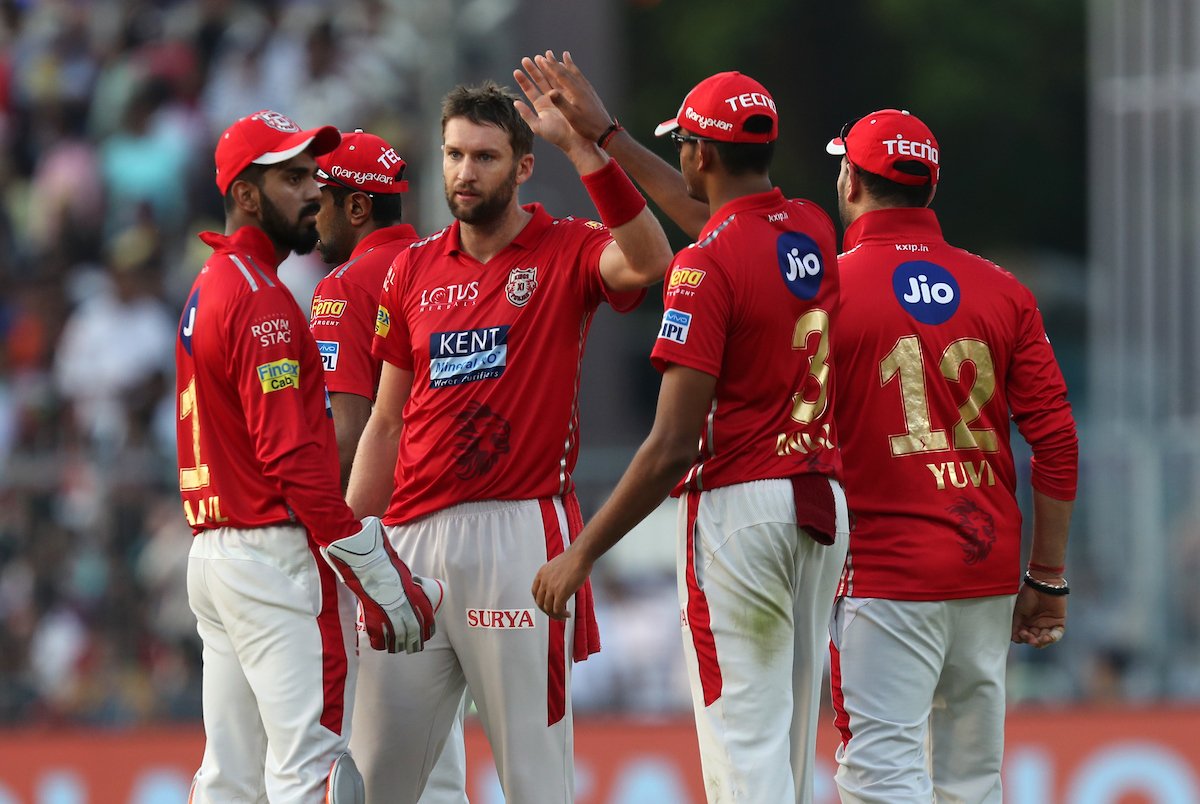 Chasing 192 for victory, Gayle (49, 27b not out) and Rahul (46 off 23 not out) were going all guns blazing when rain, accompanied by thunderstorms. hit Eden. Play was stopped for 95 minutes after which Punjab were given a revised target of 125 in 13 overs.

With just 29 needed off 28 balls after the break, Gayle resumed from where he had left off, tonking Piyush Chawla for a six to bring up his fifty in 28 balls.

Rahul notched up his half century too at the other end, smashing Sunil Narine for a six over deep midwicket to follow it up with two fours off the West Indian, who then removed him.

The opening wicket stand was for 116 runs off 58 balls. This was the transformed Punjab’s third win in a row, and first at Eden since as they jumped to the top of the table with eight points.

Fresh from his whirlwind century against Sunrisers Hyderabad, Gayle looked in his devastating best and alongwith Rahul started off dealing in boundaries against the KKR pace attack of Shivam Mavi and Andre Russell.

The pair raced to 73 for no loss in Powerplay, and from there on toyed with the home team bowlers.

To make matters worse for KKR, Andre Russell aggravated his hamstring during bowling and had to leave the field.

Earlier, Chris Lynn (74) took time to settle down against the spinners and plundered the quicks, smashing six fours and four sixes in his first half-century of IPL-11.

Lynn got a reprieve in the 13th over when when he was on 62, Barinder Sran (2/50) dropping a catch at deep extra cover off Andrew Tye (2/30) but the damage was already done.

Skipper Dinesh Karthik (43; 28b 6×4) gave him good company with a composed knock. The pair stitched together a 62-run partnership off 34 balls for the fourth wicket.

Australian Open : Sania Mirza and Barbora Strycova (Cze) have won the first round

The Indo-Czech pair defeated British duo of Jocelyn Rae and Anna Smith 6-3, 6-1 in their first round match.
byAH Siddiqui

Nadal, Federer successful because they can reinvent themselves: Paes