On way to Parliament, JNU protesters clash with police

In the melee, several demonstrators and media persons suffered injuries as the police initially used water cannons to stop their movement followed by a lathi charge.

New Delhi, March 23 : The Delhi Police on Friday ordered a lathi charge here on thousands of JNU students and teachers, who were marching towards Parliament protesting against removal of several department heads and a coordinator for not complying with the universitys new attendance rules.

The police action took place this afternoon in south Delhi’s INA area when the demonstrators, belonging to the Jawaharlal Nehru University (JNU) students’ union and teachers’ association clashed with the police, who tried to stop their march, calling it violation of law.

In the melee, several demonstrators and media persons suffered injuries as the police initially used water cannons to stop their movement followed by a lathi charge.

According to the demonstrators, the police were stopping them from marching towards Parliament as they were not granted permission for the protest programme.

“As per schedule, we organised a ‘padyatra’ (walk) to Parliament. But the police stopped us at INA. They told us that we have permission to protest only at INA and that moving towards Parliament without prior permission is illegal,” a demonstrator said.

Senior Delhi Police officials could not be reached over phone for their comments on the clash.

The JNU teachers are protesting against the removal of several department heads and a coordinator for not complying with the university’s new attendance rules, and a number of them are on a hunger strike. 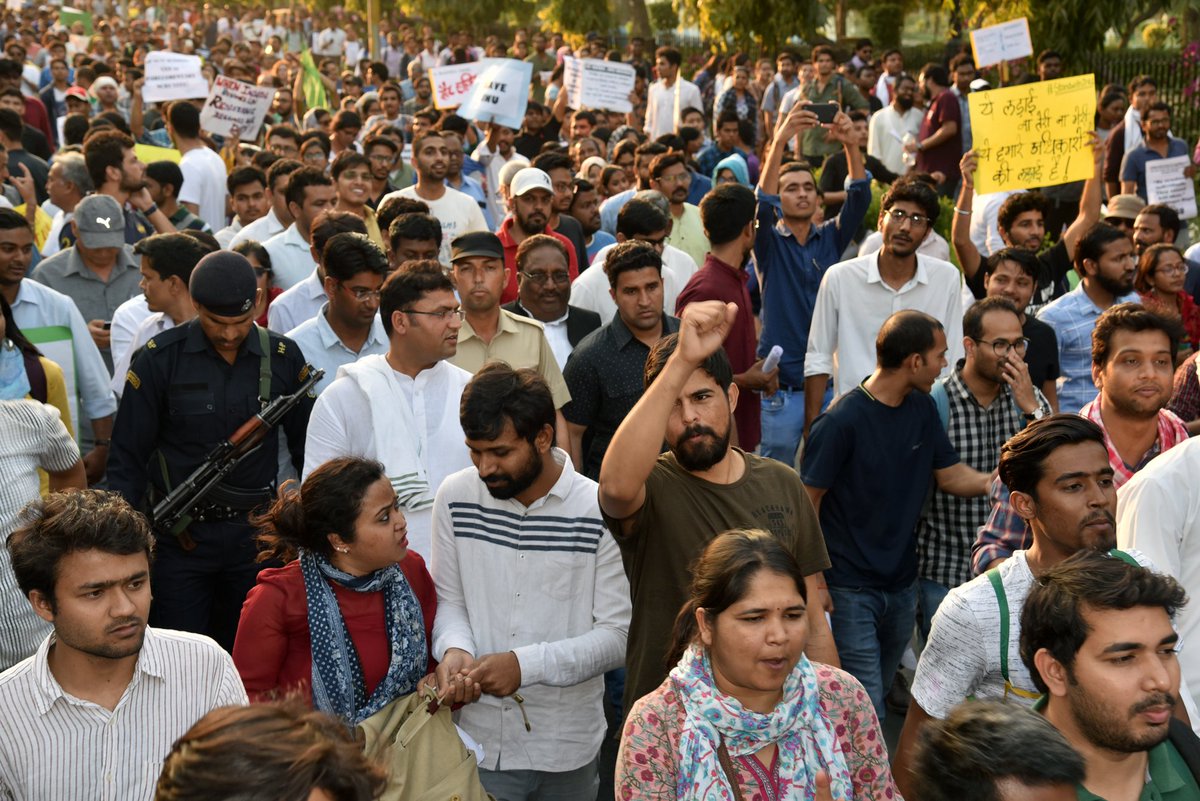 The association said the university’s administration has not reached out to the faculty members who have been on the hunger strike for the past three days. It has also demanded that the management withdraw its notification removing the department heads and other circulars issued without consulting relevant university authorities.

The association also criticised the JNU administration over what it called “selective inaction” by the university against a professor accused of sexual harassment.

Caught in cam: Python strays onto road near Mirzapur

Uttar Pradesh, July 25: In a shocking case, a Python was spotted onto the road near Mirzapur’s Lakhaniya…
byShivangi Raghav

The operator has incurred Rs 300 crore loss over the last five months due to the suspension of its service to contain the pandemic.
byIANS