This was Aamir Khan’s first Garba in Vadodara. 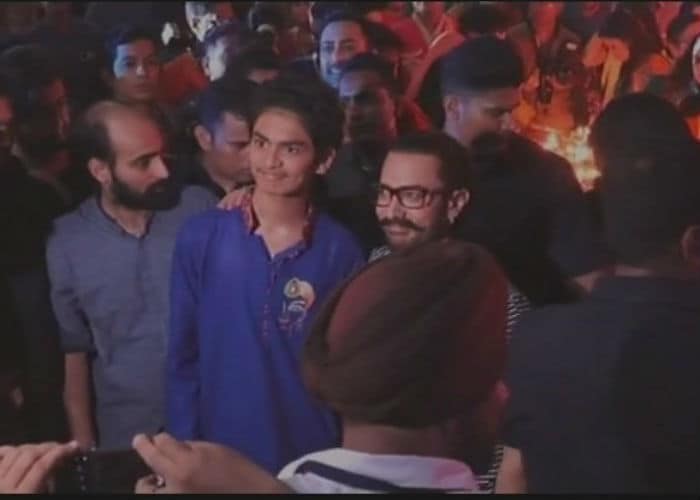 The ‘Dangal’ star even performed aarti on the grand occasion of Durga Puja.

He shared his happiness of celebrating his first garba with his fans by posting a video on Twitter. He wrote, “My 1st Garba in Vadodara! What an atmosphere! What a feeling! Thank you Vadodara”

My 1st Garba in Vadodara! What an atmosphere! What a feeling! Thank you Vadodara ❤ pic.twitter.com/ZJS76fcjiT

Thugs Of Hindostan marks Aamir Khan’s second collaboration with filmmaker Vijay Krishna Acharya after 2013 movie Dhoom 3. The film is scheduled to release in theatres on Diwali next year.

Mumbai, April 1:Actor Sanjay Dutt dropped in on the set of “Golmaal Again”, much to the excitement of…
byAnkita Gupta

An actor is nothing without comedy: Akshay Kumar