Mumbai,Oct 7: Rakeysh Mehra’s “Mirzya”, is about childhood lovers Monish (Harshvardhan Kapoor) and Suchitra (Saiyami Kher). It is lyrically told and embellished with the rich folklore of Rajasthan.

On the face of it, this sounds perfect. But alas, it is not. The weak story line with a convoluted screenplay and the languid pace of the film, taking the narrative nowhere, is its undoing.

The first half of the film establishes their love story which begins from school, albeit with the help of a screenplay that goes back and forth in time simultaneously straddling two worlds, in both of which the lovers are jinxed. The second half, instead of picking up momentum, is painfully slow, with nothing new being offered to the audience by way of its narrative. 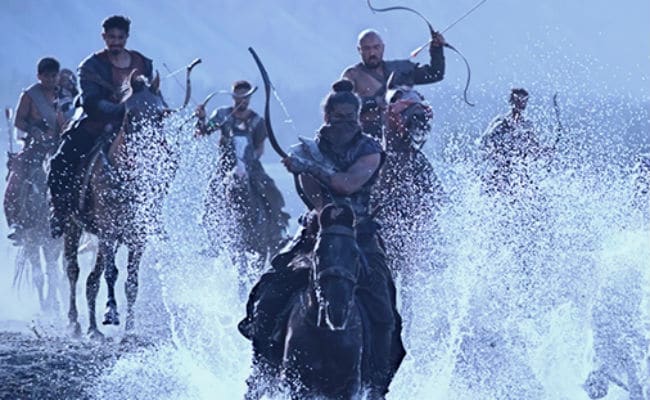 Harshvardhan Kapoor as Monish aka Adil Mirza, is sincere  but lacks the persona and charisma of a star. Sadly, for a debut film, he does not have much to display by way of histrionics, except his horse riding and archery skills. He does not appear convincing in the emotional scenes.

Saiyami Kher as Suchitra, his love interest, grows on you as the film progresses and from a gawky presence in the first few scenes, she gets a hold onto  herself and commands attention, especially in the second half when the childhood lovers meet. She appears confident and emotes naturally too. 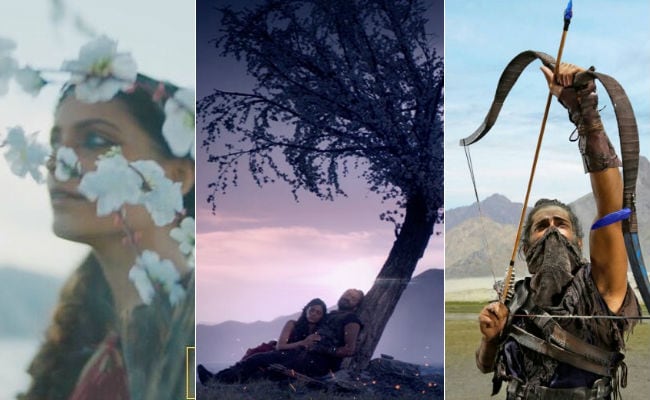 Art Malik, a brilliant international actor, as Suchitra’s father, lights up the screen with his strong personality  but seems a tad out of place in the setting.

Anuj Choudhary as Prince Karan, leaves an indelible impact and portrays a jealous lover with a bruised ego, effectively. Anjali Patil as Zeenat, Mirzya’s silent and selfless lover, is equally powerful, albeit in a small role. She evokes your sympathy more than the actual lovers in the film.

Daler Mehndi renders the title song with the requisite gusto and passion, making it pierce through your heart. Perhaps it is the music, including the background score, which evokes the pathos in the audience rather than performances on screen.

Director of Photography, Pawel Dyllus, deserves kudos as the cinematography is yet another highlight of the film, as the frames are picture-perfect and leave you mesmerized. Whether it is the colourful dances of Rajasthan or pristine Ladakh, these are beautifully captured by his lens.

Overall, “Mirzya” even though two hours and 10 minutes, seems like a lifetime in the theatre as Rakeysh Omprakash Mehra does not succeed in involving you in the love story of the duo. Neither does your heart beat for them nor do you get teary eyed when they are separated. (IANS)

Mumbai, July 14: Actress-activist Shabana Azmi has denied an “anti-national” quote attributed to her by a man named Santosh…
byAsha Rai

Huma not a Rajinikanth’s love

Depp has slapped a $50 million defamation lawsuit against his ex-wife after their divorce in 2017.
byIANS