MH370: Debris of aircraft wing found on Mauritius is from missing plane

Maurituis, Oct 10 :A debris found on the Indian Ocean island of a Mauritius has been identified as belonging to missing Malaysia Airlines Flight 370, Malaysian and Australian officials said Friday.

The piece of wing flap was found in May and  was  analysed by experts at the Australian Transport Safety Bureau, which is heading up the search for the plane in a remote stretch of ocean off Australia’s west coast. 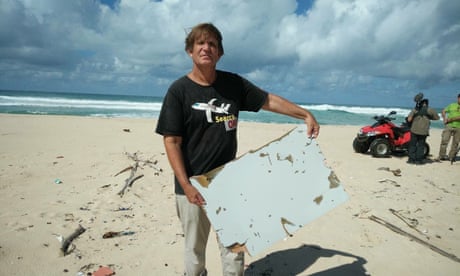 On 8 March 2014 , the aircraft vanished with 239 people on board during a flight from Kuala Lumpur, Malaysia.

However, as for now , none of the debris has helped narrow down the precise location of the main underwater wreckage. Investigators need to find that in order to locate the flight data recorders that could help explain why the plane veered so far off-course.

Search crews are expected to finish their sweep of the 120,000 square kms (46,000 square mile) search zone in the Indian Ocean by December.

LE HAVRE, France : A gunman who took six people hostage in a bank in northern France on…
byIANS
3 shares
3
0
0

Australian Prime Minister Malcolm Turnbull on Friday expressed regret that an Islamic cleric, who once said AIDS was…
byAarti Bali

Bogota, Jan 28: Four police officers were killed and 42 others injured on Saturday when a bomb exploded outside…
byAsha Rai