Quito (Equador), Oct 11: Argentina is going to the 2018 World Cup, and Lionel Messi is the reason. The superstar put his country on his back, scoring a brilliant hat trick in Ecuador to clinch a direct spot to next summer’s tournament with a 3-1 victory. 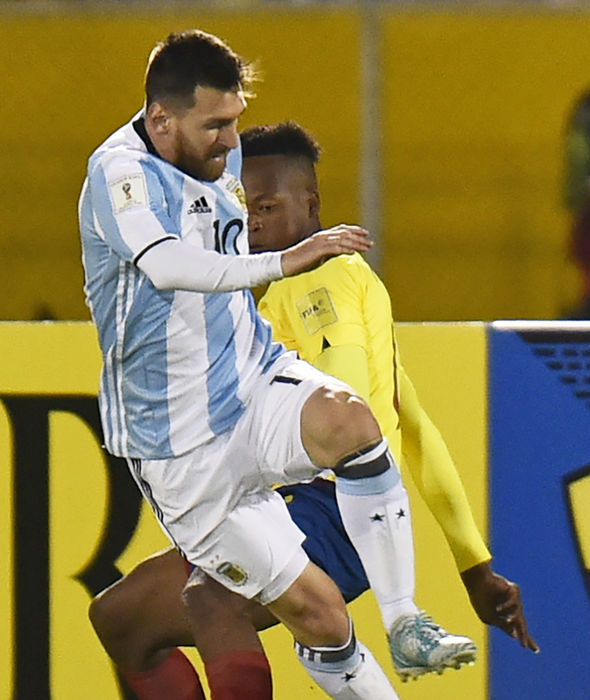 In a dramatic final round on Tuesday in the South American zone qualifiers, Argentina, Brazil, Venezuela, Uruguay and Colombia booked their tickets to the 2018 FIFA World Cup, Xinhua news agency reported.

Needing the win to avoid missing the World Cup for the first time since 1970, Argentina got off to a bad start against Ecuador who were already out of the contention.

Equador took the lead in the first minute with Romario Ibarra firing from close range after combining smartly with Roberto Ordonez.

The five-time Ballon d’Or winner gave the visitors the lead eight minutes later when he snatched possession from Ecuador’s defence before thumping a shot past Maximo Banguera.

Messi pocketed his third goal just after the hour mark, chipping into the top left corner from the edge of the box while being dragged to the ground.

The result broke a run of four matches without a victory for Argentina in the Conmebol qualifiers.

Before Tuesday, their last win in the qualifying tournament was against Chile on March 23 with a 1-0 margin.

Brazil earlier eliminated Chile with a 3-0 home victory, Venezuela wrecked Paraguay’s hopes with a 1-0 win in Asuncion, Uruguay won 4-2 at home to Bolivia and Colombia clinched an automatic place by drawing 1-1 with Peru.

By finishing fifth in the 10-team Conmebol group, Peru earned the right to meet Oceania winners New Zealand in a two-legged playoff.

Barcelona, Aug 13, 2016: It is time for celebrations for football fans as after giving shock to whole…
byShivi Johri

Nadal pulls out of Cincinnati to prepare for US Open

Washington, Aug 12 Rafael Nadal has withdrawn from the Cincinnati Masters for the second year in a row…
byIANS