Mumbai, Feb 4: Actress Aditi Rao Hydari says her role as Mehrunisa in Sanjay Leela Bhansali’s epic drama “Padmaavat” may have been tiny, but was special and beautiful in many ways. She is overwhelmed by the response that she has received for it.

“It has been a childhood dream of mine to work with Sanjay (Leela Bhansali) sir. I am actually very overwhelmed by the response because Mehrunisa, I knew, has a very special part and Sanjay sir had always told me that anyone who reads the script always asks who is going to play Mehrunisa. So, I knew it was a special part but it was a very tiny part,” Aditi told news agency IANS here.

“The kind of response that Mehrunisa has got is incredible and I give full credit to Sanjay sir, the writers, the director of photography, the people who create that look for her. It’s very complete part. 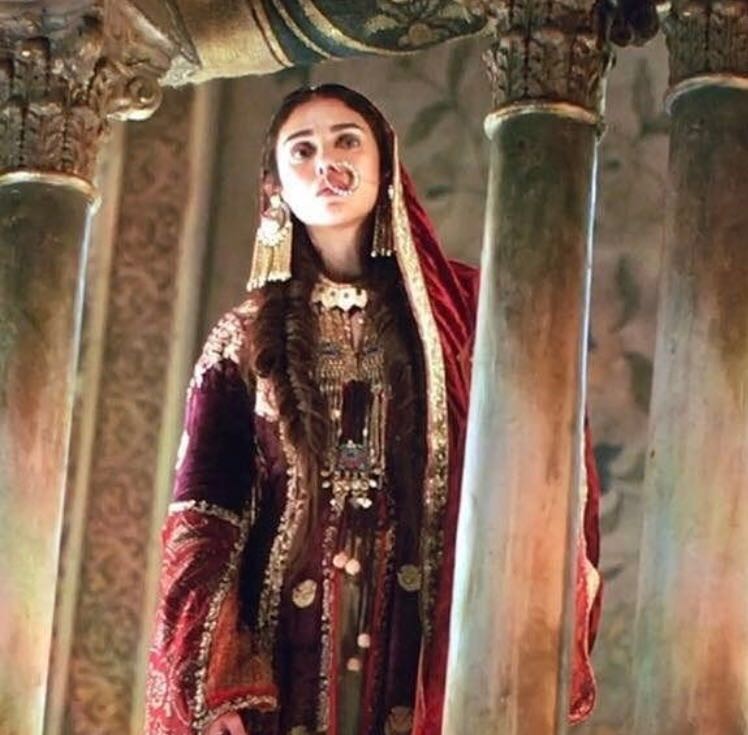 “In every scene, her character and how she comes out so beautifully in very few words (is beautiful), so full credit to people who created that character and I really enjoyed playing her,” added Aditi.

“Padmaavat”, which stars Deepika Padukone, Shahid Kapoor and Ranveer Singh in key roles, hit the screens after a string of controversies. Despite the hurdles, it is on its way to Rs 200 crore at the box office.

Aditi, who played wife to Ranveer’s character as Delhi Sultan Alauddin Khilji, says she was pleased to perform a character that was so strong.

“It’s such a pleasure to play somebody who is not only vulnerable, delicate, regal, grace personified and pure, but also who is fearless and stands up for what is right at every stage and has absolutely no fear in doing so. I think it was a very beautiful character,” said Aditi.

The actress walked the ramp for designer Payal Singhal on the fourth day of Lakme Fashion Week (LFW) Summer-Resort 2018 in a lehenga-choli in pale rose, mint and lilac zardozi and filigree work, teamed with an embroidered tulle dupatta.

Singhal showcased her line ‘Saira’, which celebrates the synergy of art and culture, of design and legacy, of history and evolution.

The collection dips into history, tracing the influence of Islam on art, textiles and architecture in regions like Turkey, Morocco, Persia, Mughal India, Iran, and Afghanistan. There are intricate patterns, jaali work, filigree, and antique embroidery inspired from the era gone by.

On roping in Aditi as a showstopper, the designer said: “Aditi has got a very princess-like look. She has got Indian features, but has a very new age international look also which is very rare.”

Will she design for Aditi’s films too?

“We do have done clothes for her. In fact, I have done some outfits for her film ‘Daas Dev’, but we work with stylists,” Singhal told IANS.

Monalisa on ‘Namak Ishq Ka’: Show in no way tries to objectify women

The show tells the tale of a dancer named Chamcham, who is hoping to get married but the society is not willing to accept her as a daughter-in-law.
byIANS
1 share
1
0
0

Sydney, June 28 (IANS) Indian-origin Priya Serrao is celebrating with family and friends on Friday after she was…
byWeForNews Desk
1 share
1
0
0