A high court ruling blocking extradition to the US of Lauri Love, a student accused of breaking into US government websites, has been welcomed by lawyers and human rights groups as a precedent for trying hacking suspects in the UK in future.

The decision delivered by the lord chief justice, Lord Burnett of Maldon, is highly critical of the conditions Love would have endured in US jails, warning of the risk of suicide.

Lawyers for the 33-year-old, who lives in Suffolk, had argued that Love should be tried in Britain for allegedly hacking into US government websites and that he would be at risk of killing himself if sent to the US.

There was cheering and applause in court on Monday when Burnett announced his decision. He asked supporters to be quiet, saying: “This is a court, not a theatre.” 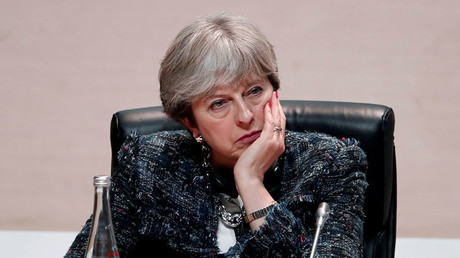 In his judgment, Burnett said: “It would not be oppressive to prosecute Mr Love in England for the offences alleged against him. Far from it. Much of Mr Love’s argument was based on the contention that this is indeed where he should be prosecuted.

“The CPS [Crown Prosecution Service] must now bend its endeavours to his prosecution, with the assistance to be expected from the authorities in the United States, recognising the gravity of the allegations in this case, and the harm done to the victims.”

The court heard evidence from psychiatrists who work in the US prison system and questioned the adequacy of safeguarding procedures in US prisons.

Emerging from the front of the court afterwards, Love said: “This is not just for myself. I hope this sets a precedent for the future for anyone in the same position that they will be tried here.”

At a press conference later, he added: “I am greatly relieved that I’m no longer facing the prospect of being locked up in a country I have never visited. This legal struggle has defined my life for the past four years. I’m not looking forward to be being prosecuted but I think there’s a better chance that it will be done justly and fairly in the UK.”

Love, who holds joint British and Finnish nationality, has Asperger syndrome and severe depression. His supporters had gathered outside the Royal Courts of Justice before the hearing carrying placards declaring: “Trump can’t get no Love”, “Free Love”, “Trial at home” and “Give Love a chance”.

They feared he would be held in solitary confinement and face a jail sentence of up to 99 years in the US.

Welcoming the judgment, Emma Norton, the head of legal casework at Liberty, which intervened in the case, said: “We are delighted that the court has today recognised Lauri’s vulnerability, close family connections to the UK and the potentially catastrophic consequences of extraditing him. This was always a case that could have been prosecuted here and it’s shameful that Lauri and his family have been put through this terrible ordeal.”

His father, the Rev Alexander Love, had said his son feared for his life because he did not think he could cope with the trauma of being sent to the US. He also praised Theresa May for devising the legal test that prevented Love’s removal.

Nick Vamos, a solicitor at the law firm Peters and Peters and a former CPS extradition specialist, said: “This judgment will mean that US and UK prosecutors will need to be very careful in future about how they decide who should prosecute cases of concurrent jurisdiction, and will have to focus far more than previously on a suspect’s connections to the UK.”

Washington, April 16 (IANS) Economic activity “contracted sharply and abruptly” across all regions in the US as a result of the COVID-19 pandemic, the Federal Reserve said on Wednesday.

“The hardest-hit industries – because of social distancing measures and mandated closures – were leisure and hospitality, and retail aside from essential goods,” the Fed said in its latest survey on economic conditions, known as the Beige Book, based on information collected from its 12 regional reserve banks before April 6, Xinhua reported.

“All Districts reported highly uncertain outlooks among business contacts, with most expecting conditions to worsen in the next several months,” the Fed said.

The survey showed that employment declined in all districts as the COVID-19 pandemic affected firms in many sectors.

“Employment cuts were most severe in the retail and leisure and hospitality sectors, where most Districts reported widespread mandatory closures and steep falloffs in demand,” the survey said, adding severe job cuts were also widespread in the manufacturing and energy sectors.

“Contacts in several Districts noted they were cutting employment via temporary layoffs and furloughs that they hoped to reverse once business activity resumes. The near-term outlook was for more job cuts in coming months,” the survey said.

The survey noted that no district reported upward wage pressures, with most citing “general wage softening and salary cuts” except for high-demand sectors such as grocery stores.

“These trends were seen as reflecting weaker demand for many goods and services in the wake of the COVID-19 pandemic,” the survey said.

The survey came after the Commerce Department reported earlier on Wednesday that US retail sales plunged in March by the most on record as the COVID-19 pandemic is starting to take a big toll on the US economy.

The US economy is expected to contract by 5.9 per cent this year, according to the World Economic Outlook (WEO) report released by the International Monetary Fund (IMF) on Tuesday.

New York, April 14 : Governor of the US state of New York Andrew Cuomo said statewide deaths from COVID-19 rose to 10,056, adding “the worst is over if we continue to be smart” in coping with the novel coronavirus.

Cuomo on Monday said at his daily briefing that a total of 671 people passed away on Sunday due to the disease, a number much lower than in the past few days, Xinhua news agency reported.

“We are controlling the spread,” said Cuomo. “I believe the worst is over if we continue to be smart. I believe we can start on the path to normalcy,” he said.

He said he would be joined by several other governors of neighbouring states later on Monday to discuss how to reopening the economy in a coordinated way.

On Twitter, the governor said that any plan to reopen society must be driven by data and experts, not opinion and politics.

He said the objective is to ease isolation and increase economic activity without increasing the infection rate.

“We will learn from the warning signs from other countries. We will take every precaution. We will work together as a region,” he added.

Washington, April 12 : The UnS has surpassed Italy as the country with the highest number of coronavirus deaths in the world as the fatalities as of Sunday reached 20,604, according to data compiled by Johns Hopkins University.

As of Sunday morning, Italy has reported 19,648 coronavirus deaths, placing it in the second position after the US, the data published by the university’s enter for Systems Science and Engineering (CSSE) revealed.

New York state, the epicentre of the pandemic in the US, has recorded the most deaths in the country, 8,627, which is followed by New Jersey and Michigan with 2,183 and 1,276, respectively, the CSSE data showed.

A total of 32,001 patients in the country have recovered, it added.

US President Donald Trump’s administration, which earlier estimated that the pandemic would cause anywhere from 100,000 to 240,000 deaths in the US, revised its projection downward this week to 60,000, reports Efe news.

Members of the White House coronavirus task force credit the more optimistic forecast to the success of the stay-at-home orders issued by 42 of the 50 states, as well as Puerto Rico and the District of Columbia, covering around 316 million people.

Trump, who has repeatedly decried the economic cost of closing schools and businesses to contain the virus, said late last month that he hoped to re-open the country by Easter Sunday.

During Friday’s news briefing by the task force, Trump sought to reassure Americans that he would guided by medical experts as well as by recommendations from the “Opening Our Country Council” he plans to install next week.

“I want to get it open as soon as possible. The facts are going to determine what I do,” the president said.

“I’m going to have to make a decision, and I only hope to God that it’s the right decision. But I would say, without question, it’s the biggest decision I’ve ever had to make,” Trump said.

A Timeline: How things turned violent in Delhi on Republic Day

Mobile internet services suspended in some parts of Delhi-NCR

West Bengal one of the most dynamic states of India: Moroccan Ambassador

Guidelines for tractor rally: No weapons, no provocative slogans

Will march on foot towards Parliament on Feb 01: Krantikari Kisan Union