New Delhi, May 21: Former Samata Party president and textile revivalist Jaya Jaitly was disappointed to see that Indian actor Priyanka Chopra opted to dress up like a “British aristocrat” at the royal wedding of Duke and Duchess of Sussex. 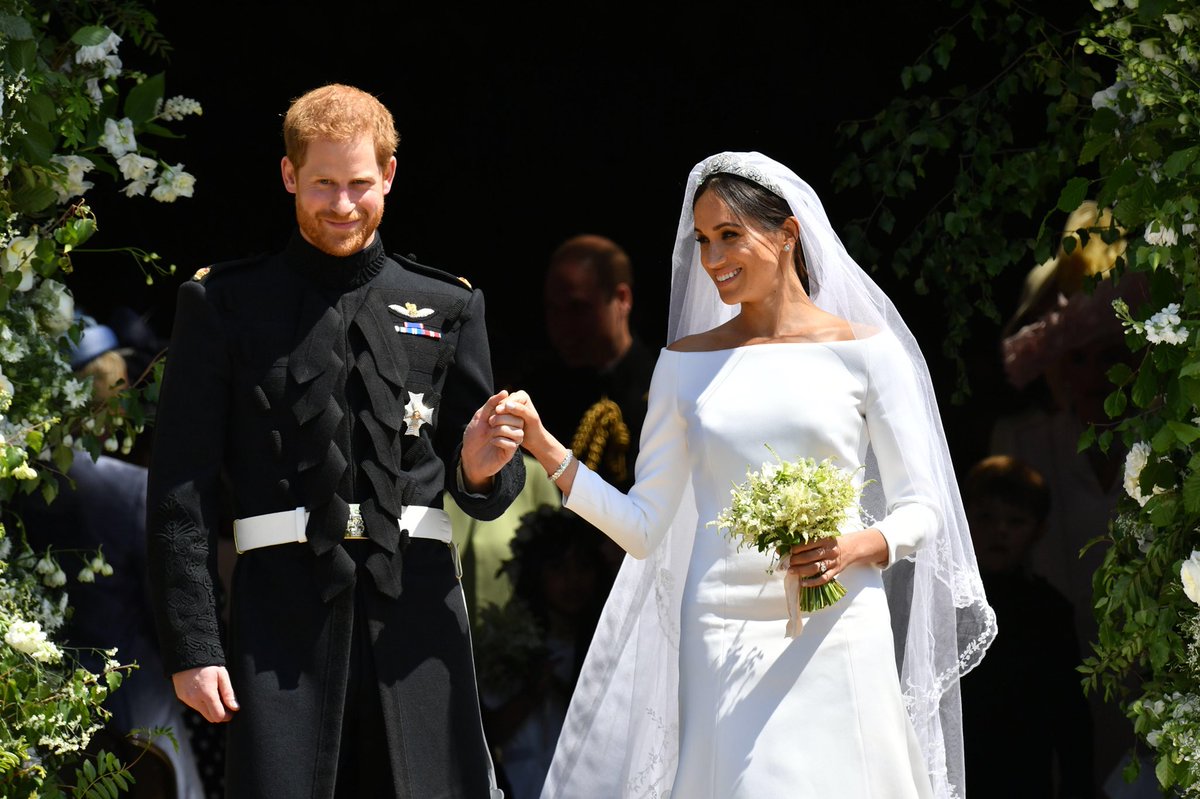 Duke and Duchess of Sussex ”Prince Harry and Meghan Markle”

She says Priyanka could have opted for a “beautiful” sari as independent India has so much to show to the world. 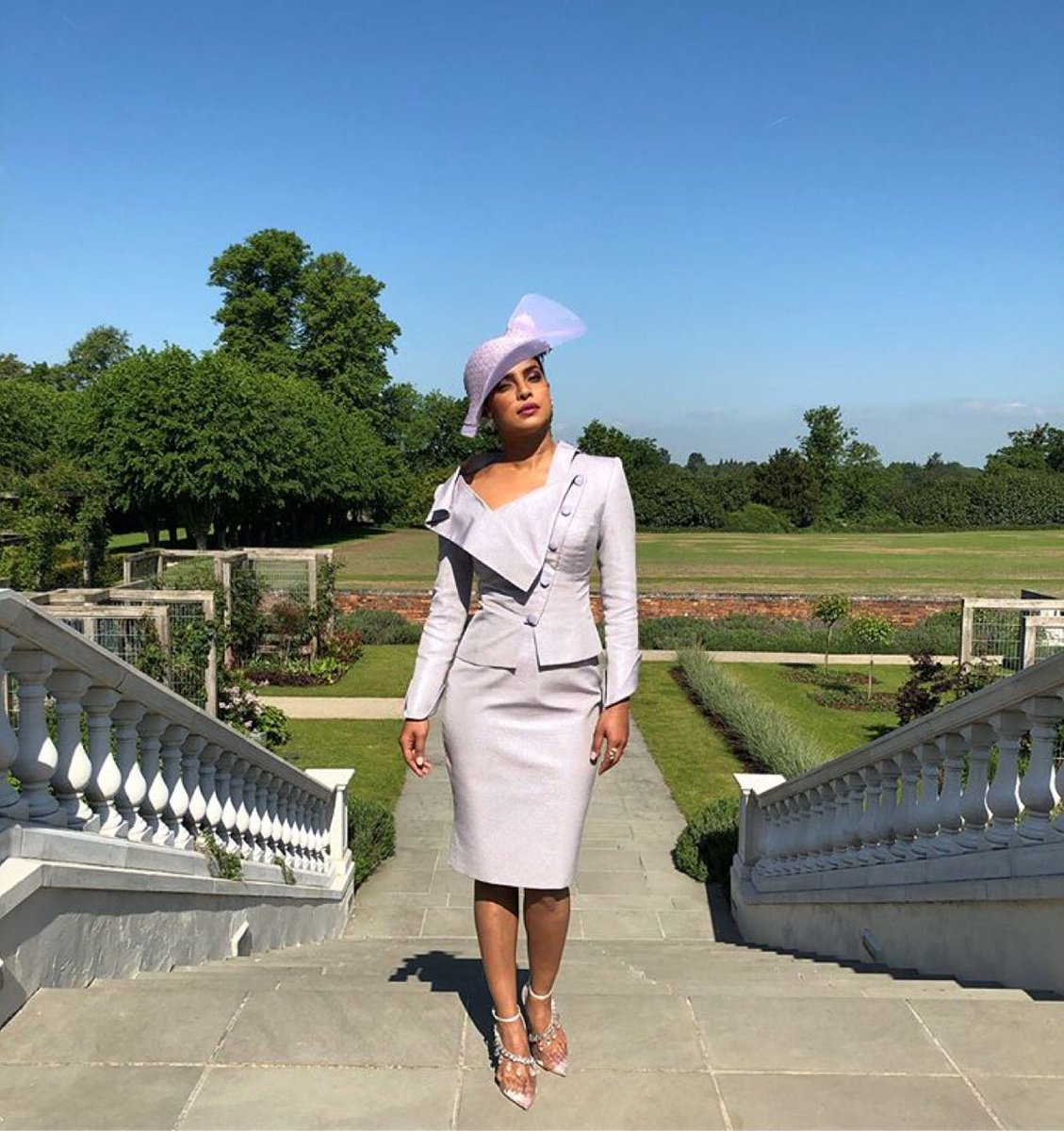 “How sad an Indian actor attending the royal wedding in UK should dress like a British aristocrat at Ascot rather than represent a free and independent India in a beautiful sari,” Jaitly tweeted on May 19, the day when actress Meghan Markle wed British Royal Prince Harry.

How sad an Indian actor attending the royal wedding in UK should dress like a British aristocrat at Ascot rather than represent a free and independent India in a beautiful Sari. pic.twitter.com/zXF9zpCbMq

However, her complaint goes beyond Priyanka’s dress.

Jaitly told news agency IANS: “All these actors, they dress up in all these fancy gowns by fancy designers who pay them for wearing their outfits and so they get fat money. Now, I keep feeling as I am loyal to our weavers and our textiles in India and we are working all our lives to revive it… We never attach a human being (the weaver’s name) with the brand name unless it has a designer’s name.

“We will say Kanjeevaram or Sambalpuri or something else and that’s the unfair practice all over the world and particularly in India.”

As Founder and President of Dastkari Haat Samiti, an art and craft market to enable rural artisans of traditional Indian crafts to gain confidence in the marketplace through many innovative strategies, Jaitly has been at the forefront of promoting Indian handicrafts and textiles.

“Even in Hollywood (red carpets), where if I see Deepika Padukone wearing long gowns… they never really can compete. It’s like Indian fashion designers trying to do western dresses… Why don’t they wear most beautiful gorgeous sari, and everyone will go ‘wow’.” 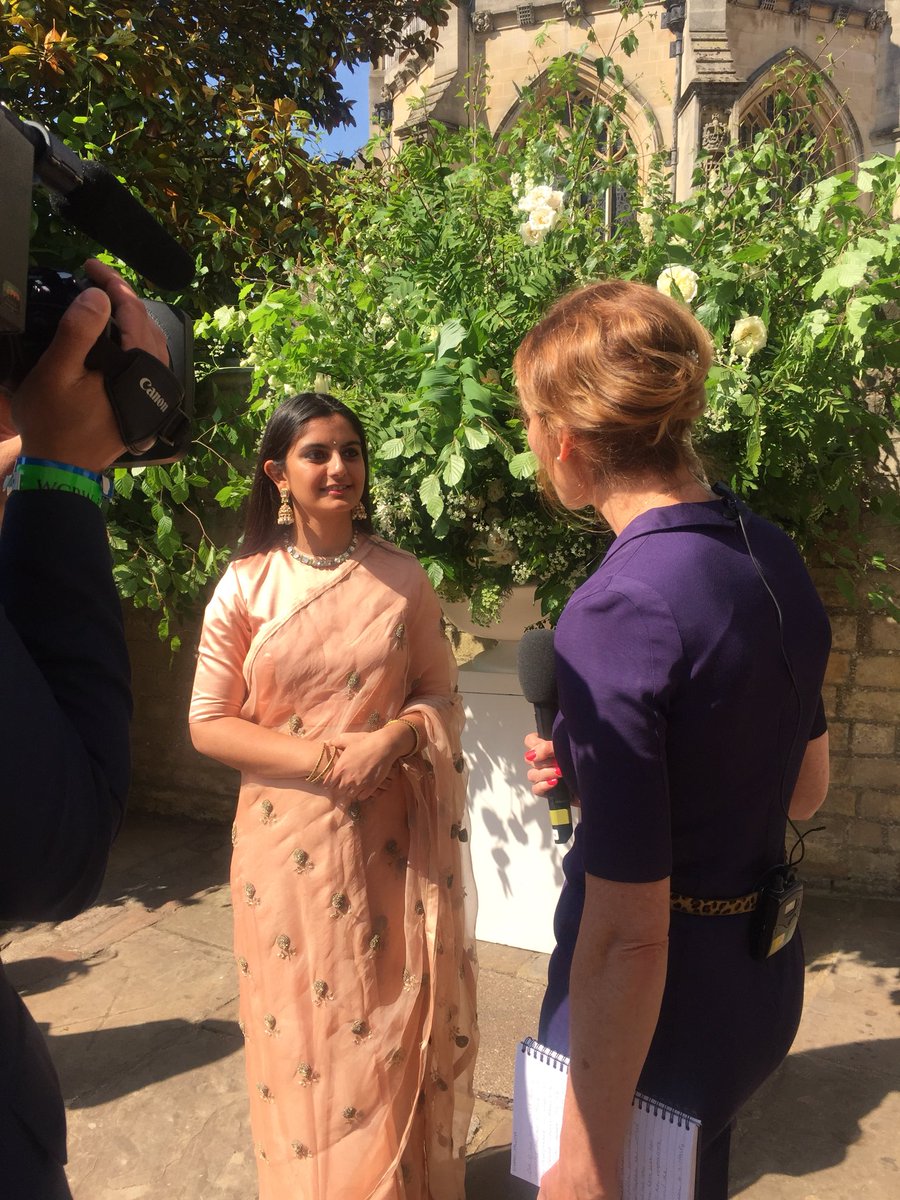 Counter-questioned about the existence of a dress code to attend the royal wedding, Jaitly said: “In the royal wedding, it was all about inclusiveness and welcoming others’ society, people, race and colour. The royal family and all these people went all out to emphasise the American-African identity of the bride and everyone was raving about the bride’s mother too because they were different.

“I felt sad when I think that why do we copy them and never quite get it right. We have so much to show and show off.”

On the dichotomy of a dress code, Jaitly pointed out: “When somebody in a village in India says ‘Sar dhako (cover your head)’, we don’t want that… When somebody says, ‘Don’t wear jeans in college’, we say ‘Who are you to tell us a dress code?’. But if Queen in England descends an invitation and say you got to wear a hat, which is not part of your culture, you will start saying there was a dress code. 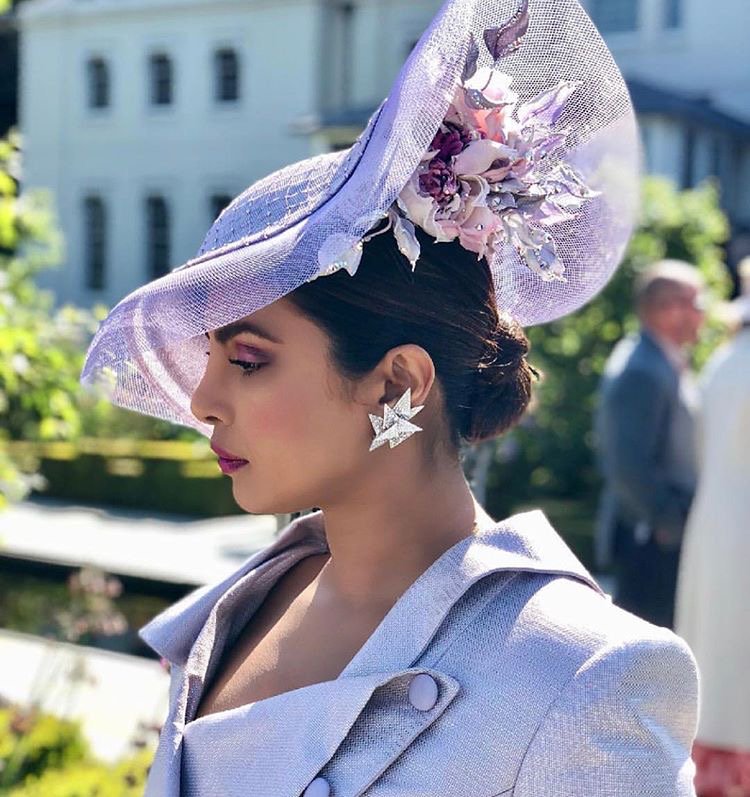 She said people may not agree with her, but in her words, “Just like Priyanka has the right to wear whatever she wants, I have the right to express my opinion.”

Pithviraj Sukumaran has tested positive for the novel coronavirus recently. The actor took to Twitter to reveal that he is asymptomatic and will be in home quarantine till he tests negative.

The Ayyappanum Koshiyum actor was shooting for his upcoming film, Jana Gana Mana. The film’s director Dijo Jose and many of the crew members had tested positive for Covid-19. So, Prithviraj decided to get himself tested for Covid-19.

During the Unlock 5.0, the government has given permission to conduct film shootings with 100 people on the set following safety measures. Recently, Prithviraj participated in the shoot of his upcoming film Jana Gana Mana in Ernakulam, Kerala.

After the crew members of Jana Gana Mana tested positive for Covid-19, Prithviraj decided to get himself tested even though he was asymptomatic. The results of Covid-19 test turned out to be positive.

Taking to Twitter, Prithviraj revealed that he has tested positive. He wrote, “I’ve been shooting for Dijo Jose Anthony’s “Jana Gana Mana” since the 7th of October. We had strict protocols in place with regards to Covid regulations and associated safety measures. As is the norm, all involved in the shoot were tested before the schedule started and after the last day of shoot in the courtroom set we had put up, tests were repeated.”

According to NCB officials privy to the probe, the drug law enforcement agency has arrested Agisilaos Demetriades.

The NCB official alleged that Agisilaos, a South African national, was arrested after it came to the fore that he was in touch with the drug peddlers arrested in Sushant’s case.

He was produced before a local court and sent to NCB custody.

Rhea spent 28 days in jail before getting bail from Bombay High Court in the case.

The NCB has also questioned several Bollywood divas including Deepika Padukone, Sara Ali Khan, and Shraddha Kapoor in connection with the case.

Actor Saqib Saleem, who often finds himself at the receiving end of trolling, has decided to interact with the trollers via virtual meeting.

Mumbai: On Sunday, he took to Instagram and posted a video, wherein he announced that he will have a virtual conversation with the social media users who pass hatred comments on him.

The interaction will happen on October 20 at 11 a.m.

There have been various accusations levied at you questioning your authenticity . Please let’s prove to the world that the bot theory is not true. Let’s meet on 20th October 11 am via a virtual meet . Will post the meeting ID in my story by tomorrow . Hoping to see you guys,” he wrote.

Earlier this year, Saqib was heavily trolled by many netizens who told the actor to “go to Pakistan”. After facing massive trolling, he even deleted his Twitter account.

Meanwhile, on the work front, Saqib will next be seen in the films “83” and “Comedy Couple”.

NHPC Board approves merger of Lanco Teesta Hydro Power with it

Comment: Will lockdown wipe out lifestyles built over 30 years?

Serum Institute CEO has a question for govt: ‘Will it have Rs 80k cr to give each Indian Covid vaccine’

Bihar: Woman gang-raped; thrown in river along with 5-year-old child

India’s Covid-19 Handling Case Study on How Not to React to a Pandemic: Rahul Gandhi