IPL 2018: Wanted to put up a good show in front of Warne, says Kuldeep

Kolkata, May 16: It was the presence of legendary leg-spinner Shane Warne in the Rajasthan Royals dug-out that inspired left-arm wrist spinner Kuldeep Yadav to produce his career-best performance in the Indian Premier League (IPL) for Kolkata Knight Riders (KKR) at the Eden Gardens here.

“I’m always a big fan of his (Warne). He has been my idol. I always get a different kind of motivation when I play in front of him. I wanted to put up a good show in front of him,” Kuldeep told reporters at the post-match press conference. 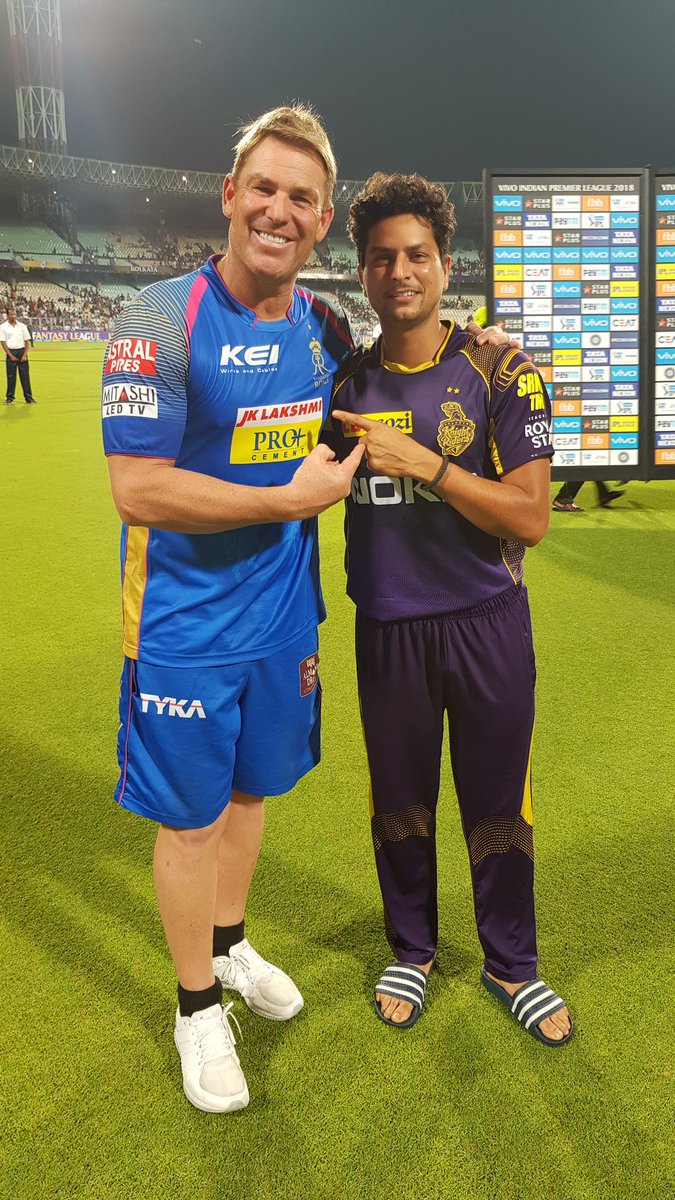 Kuldeep returned figures of 4/20 as KKR defeated the Royals by six wickets to inch closer to a play-off berth on Tuesday evening.

Kuldeep was having an ordinary IPL till Tuesday night with just nine wickets from 12 outings at an economy rate of around 8.5.

But India’s premier tweaker first got rid of Royals skipper Ajinkya Rahane with a googly and then dismissed dangerman Jos Buttler. 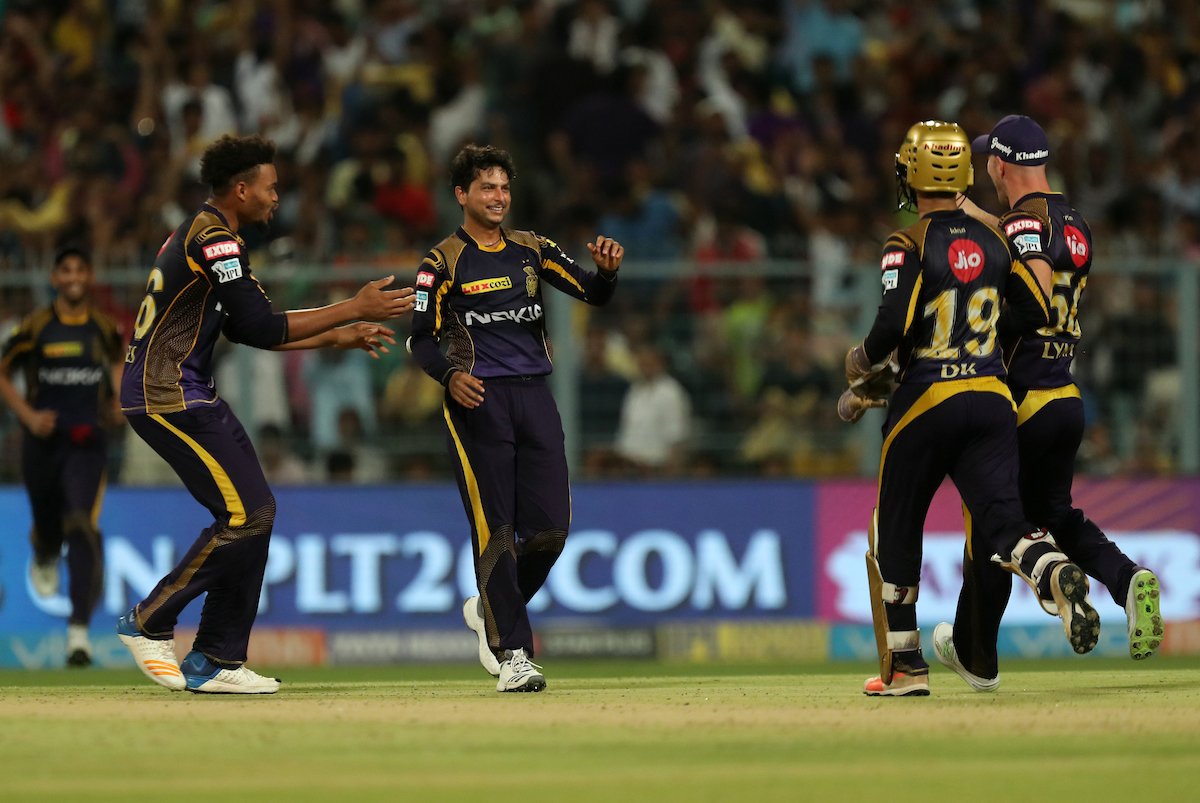 In his next two overs, Kuldeep got Stuart Binny stumped with another googly before accounting for the wicket of Ben Stokes.

“I discussed with him after the match. I have already started my planning for the upcoming England series. But it was a brief conversation. Maybe after the IPL, I will again get a chance to talk to him,” Kuldeep said.

Kuldeep is part of India’s one-off test squad against Afghanistan in Bengaluru next month. India then travel to England for a long tour.

Asked about his sub-par bowling until Tuesday night, Kuldeep said his defensive mind set against Mumbai Indians in their previous game in Kolkata may have cost him dear.

“Maybe my mind set became a bit defensive and thought of restricting the flow of runs. But I’m not the kind of a bowler who stops the flow of runs. If I attack at the batsmen, most of the times I get wickets. My strength is to keep looking for wickets,” he said.

Kuldeep said Buttler’s wicket was special for him as it proved to be the turning point of the game.

“If he had played for 10 more overs, the score would have been 170-180. Everything went according to my plan. For me it was the best wicket,” he said.

KKR will head to Hyderabad on Thursday to take on already-qualified Sunrisers in the last round-robin league match on May 19.

“We have to win the next match straightway. That’s important for us, then only we stand a chance to qualify,” he signed off.

Jerusalem, March 10: More than 35,000 people, including some 4,000 from outside Israel, ran in the eighth annual…
byWeForNews Desk