Pune, May 14: Chennai Super Kings rode on opener Ambati Rayudu (100 not out) and Shane Watson (57) heroics to hammer Sunrisers Hyderabad by eight wickets here on Sunday and maintain their second spot in the Indian Premier League (IPL).

Following the win at the Maharashtra Cricket Association Stadium, Chennai are virtually through to the play-offs with 16 points.

In pursuit of Hyderabad’s 179/4, it was the Chennai openers who gave their side a flying start, forging a match-winning 134-run partnership.

Rayudu meanwhile, also slammed his maiden IPL ton facing 62 deliveries, smashing seven fours and as many hits into the stands. On the other hand, Watson’s knock off 35 balls contained five boundaries and three sixes. 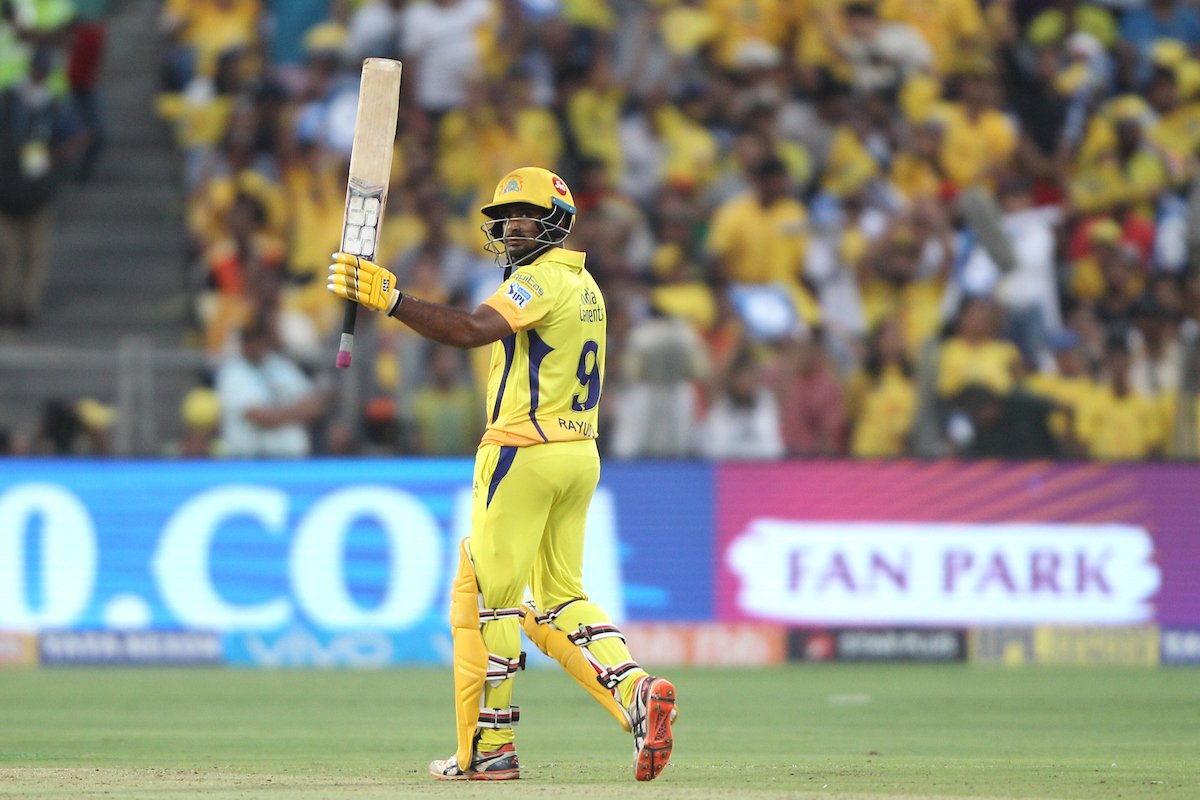 Chennai started the proceedings straightway as the openers gathered 28 runs in the first three overs.

The duo fully utilised the powerplay overs as Chennai put 53 runs on board in the initial six overs. The hosts went on to hammer the visiting bowlers as the openers lifted Chennai to 93 runs at the end of 10 overs. Meanwhile, the Australian all-rounder also got his fifty.

Hyderabad got the much-needed breakthrough in the 14th over when Watson fell short of the crease as skipper Kane Williamson’s throw from extra-cover ended the all-rounder’s innings.

Rayudu was then accompanied by skipper Mahendra Singh Dhoni (20 not out off 14 balls) and the pair played sensibly to help their side recover from the consecutive blows. 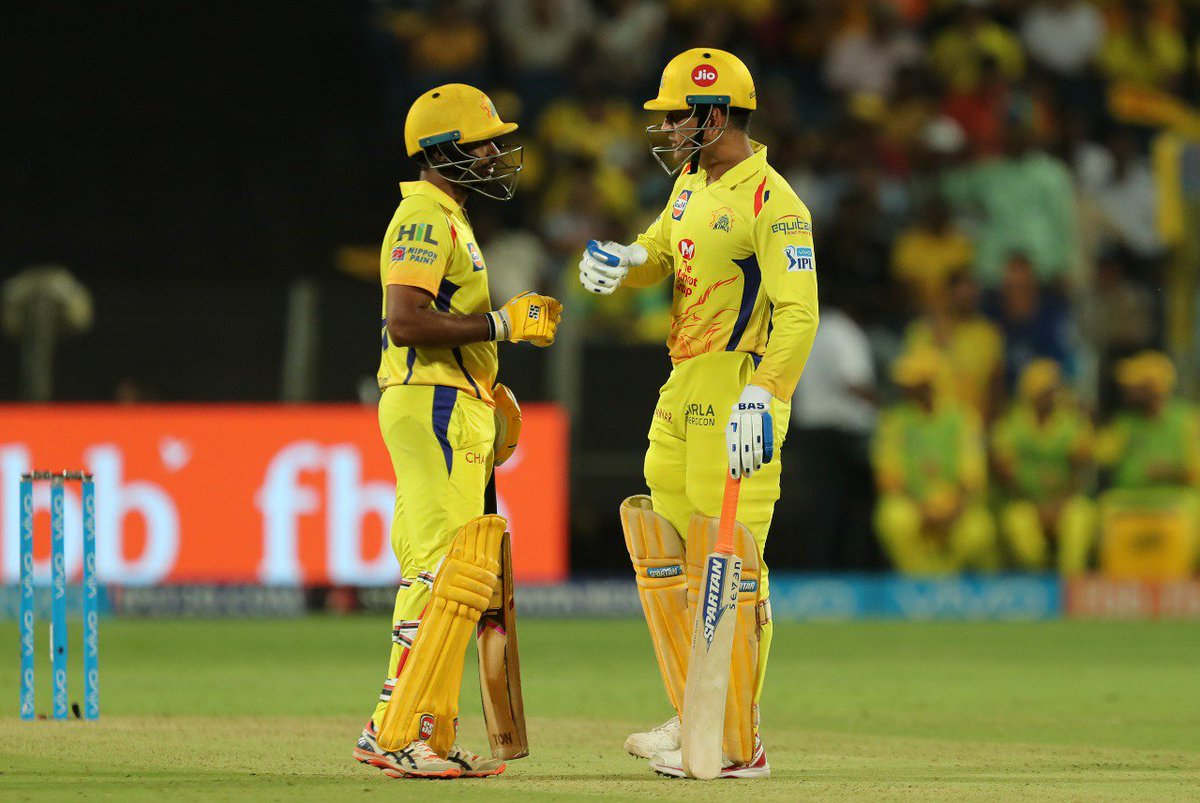 Denying anymore wickets to the visitors, the duo added the remaining 43 runs for the third wicket in the next five overs to inch Chennai closer towards the play-offs.

For Hyderabad, Sandeep Sharma bagged a wicket conceding 36 runs while the others remained wicketless. 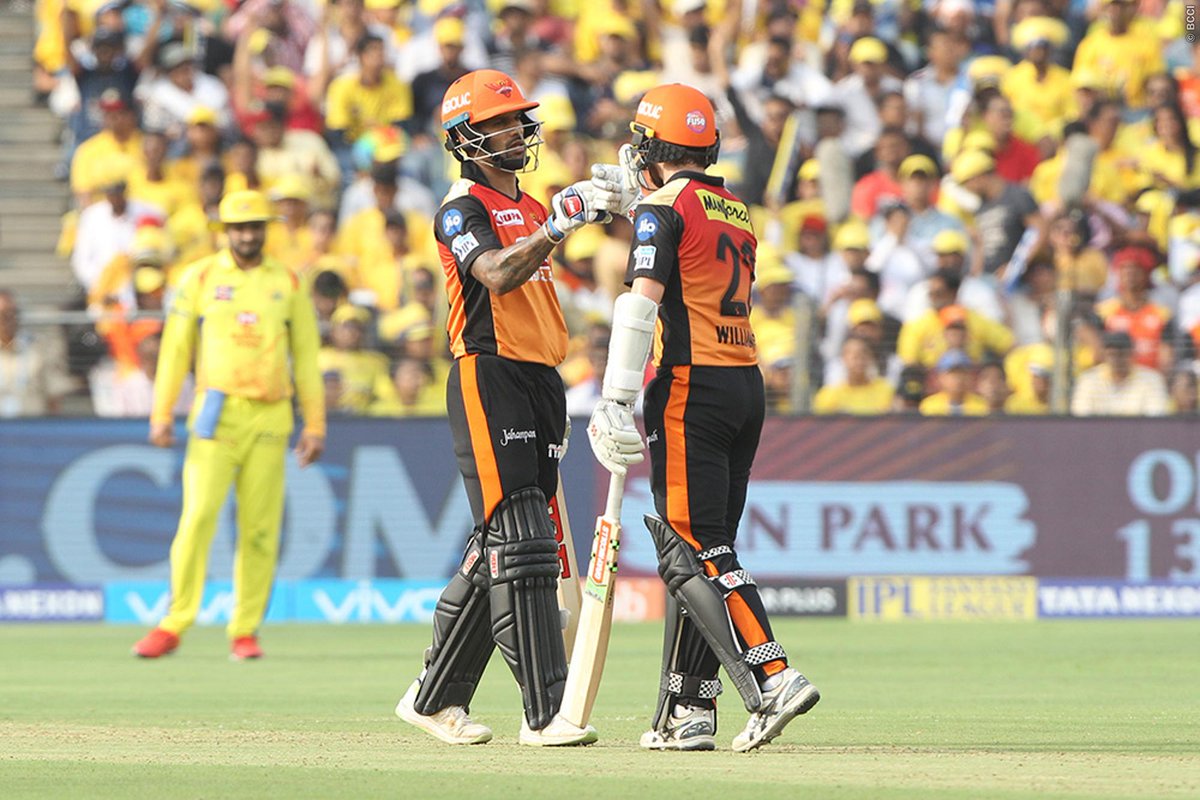 After receiving an eary jolt, the in-form visiting batsmen feasted on the Chennai bowlers, smashing most of them to various parts of the ground.

Put in to bat, the visitors lost Alex Hales (2) cheaply as the opener chipped an away swinging length ball from Deepak Chahar to Raina at cover-point in the fourth over.

His dismissal saw Williamson joining Dhawan in the middle as the duo slowly and steadily started building Hyderabad’s innings, taking their side past the 50-run mark in 8.3 overs.

After managing to put just 62 runs on board in the first ten overs, the Hyderabad batsman switched gears to accumulate 38 runs off the next three overs to touch the three-figure mark.

The duo then went on to add another 41 runs off the next three overs to inch towards a fighting total. With Chennai struggling to break the partnership, it was Dwayne Bravo who came with the much-needed breakthrough in the 16th over.

Hyderabad lost their well-settled batsmen in consecutive deliveries as Bravo pegged back a good-looking Dhawan through his slower one. Straightway in the first ball of the 17th over, Shardul Thakur sent back the visiting skipper, which left Hyderabad at 141/3.

Manish Pandey and Deepak Hooda then added 20 runs for the fourth wicket before Thakur struck to send back Pandey (5) in the 19th over.

Hooda chipped in with a 11-ball unbeaten 21 while Shakib Al Hasan remained not out on 8 to take the visitors to a fighting total.

For Chennai, Thakur bagged a couple of wickets conceding 32 runs while Bravo and Chahar settled for one wicket each.

India to battle with West Indies in the first T20 match

After a victory in test series, now team India is ready to face West Indies in USA at…
byAnjali Kesarwani