The win came after two straight losses, took Kolkata to fourth spot with eight points while Bangalore are at seventh spot with four points.

Chasing 176, the visitors got off to a perfect start as Lynn and Sunil Narine (27) forged 59-run partnership in 7.1 overs before the West Indian departed by M. Ashwin.

New batsman Uthappa and Lynn then played sensibly and punished the bad balls. The duo managed to take Kolkata past 100-run mark. But just when things seemed good in the middle, Uthappa was dismissed by Ashwin in the 13th over. 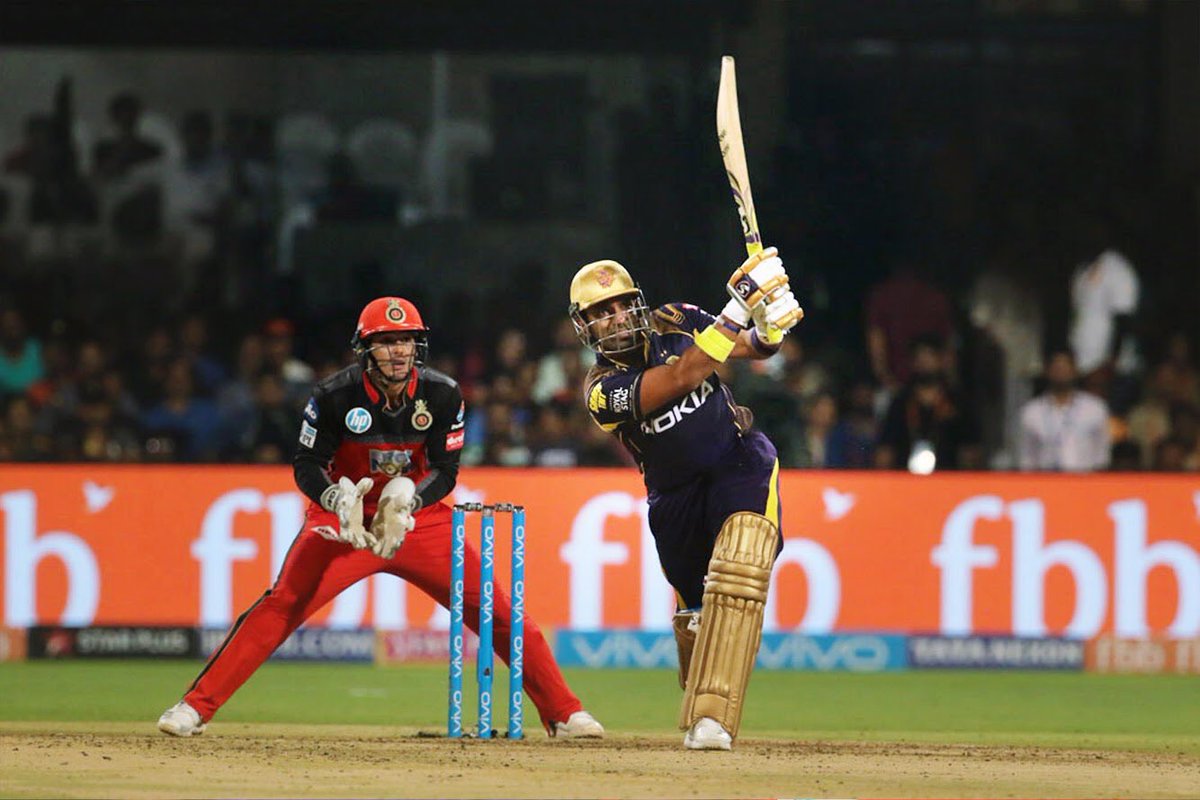 New batsman Nitish Rana (15), who was looking good at the crease, got retired hurt.

Middle-order batsmen Andre Russel (0) and Dinesh Karthik (23) were also sent packing soon but at that time Lynn has already put his team on the front foot and then went on to complete the proceeding in the last over with Shubman Gill (5 not out). 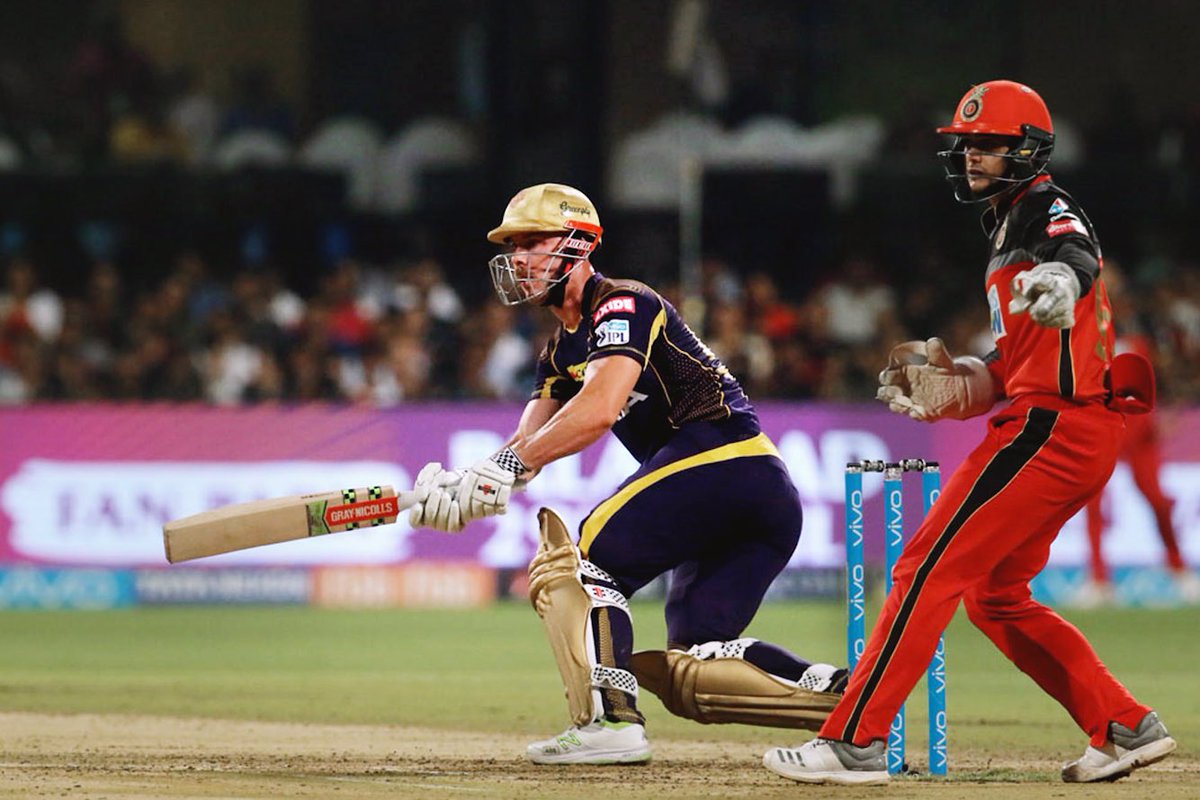 .@imVkohli finishes with 68* (44) slamming 5 fours and 3 sixes and good support hands from Baz, Quinny and Mandy have given Umesh, Yuzi and #RCB debutant Tim Southee a score to defend here. #PlayBold #RCBvKKR pic.twitter.com/oPLLaCrARi

Put into bat, Bangalore started on a cautious note as openers Quinton de Kock (29 off 27) and Brendon McCullum (38 off 28) shared a 67-run partnership for the first wicket.

KKR spinner Kuldeep Yadav came up with the first breakthrough as he packed de Kock in the ninth over.

With the addition of just seven runs in Bangalore’s overall score of 67, Andre Russel jolted the hosts after dismissing McCullum and Manan Vohra (0) in the next over.

However, Kohli kept one end tight and added 65 runs for the fourth wicket with Mandeep Singh (19).

Mandeep however, didn’t show a fight and was dismissed on a Russel delivery in the 18th over with Bangalore’s score reading 140/4.

Kohli continued his good work and slammed yet another half-century and some fireworks by him in the final moments helped the hosts reach a respectable total of 175/4.

For Kolkata, Russel was the pick of the bowlers with figures of 3/31 while Kuldeep scalped a wicket for 20 runs.

Jharkhand, August 10: In an unfortunate incident, a National level wrestler Vishal Kumar Verma who was the lone…
byShivangi Raghav

Jaipur, May 8: An impressive show by Rajasthan Royals’ bowlers kept the side alive in the Indian Premier League…
byAsha Rai