Dhar/Jhabua/Khargone (Madhya Pradesh): Santosh Bavash, 30, said he knew about the internet. “Ive heard it tells you about the future,” he told IndiaSpend when we spoke to the short and thin labourer, from the village of Gyanpura, in the western district of Dhar, in Madhya Pradesh (MP), one of Indias poorest states.

After the withdrawal of Rs 14 lakh crore – 86 per cent by value of Indian currency in circulation – the government has pushed for digital payments to counter the lack of notes in the economy. Of the 28 tribals IndiaSpend met in a state with more tribals than any other, all but two had a bank account (92.8 per cent), 17 had a personal cell phone and knew how to use it (60.7 per cent), six owned an ATM card and knew how to use it (21.4 per cent) and two knew about the internet (7.1 per cent), an indication of the the gulf between Prime Minister Narendra Modi’s vision of a “digital” or “cashless” economy and the reality in India’s most disadvantaged areas.

India has 104 million tribals, 8.6 per cent of the total population. MP has 14.69 per cent of India’s tribal population (15.3 million). Tribals have lower access to banking services, lower income, education levels, and health outcomes than the rest of the population, according to data from Census 2011, and the socio-economic caste census.

A small group of men and women sat on a raised platform, as a child played on a makeshift swing hanging from a tree. To one side lay farmland, to the other, houses. This was the village of Footiya, in the MP district of Jhabua, along the border with Gujarat. Footiya is inhabited predominantly by adivasis, or tribals, and does not have a post office, a cooperative or commercial bank, an ATM, or a public phone booth, according to information from Census 2011. 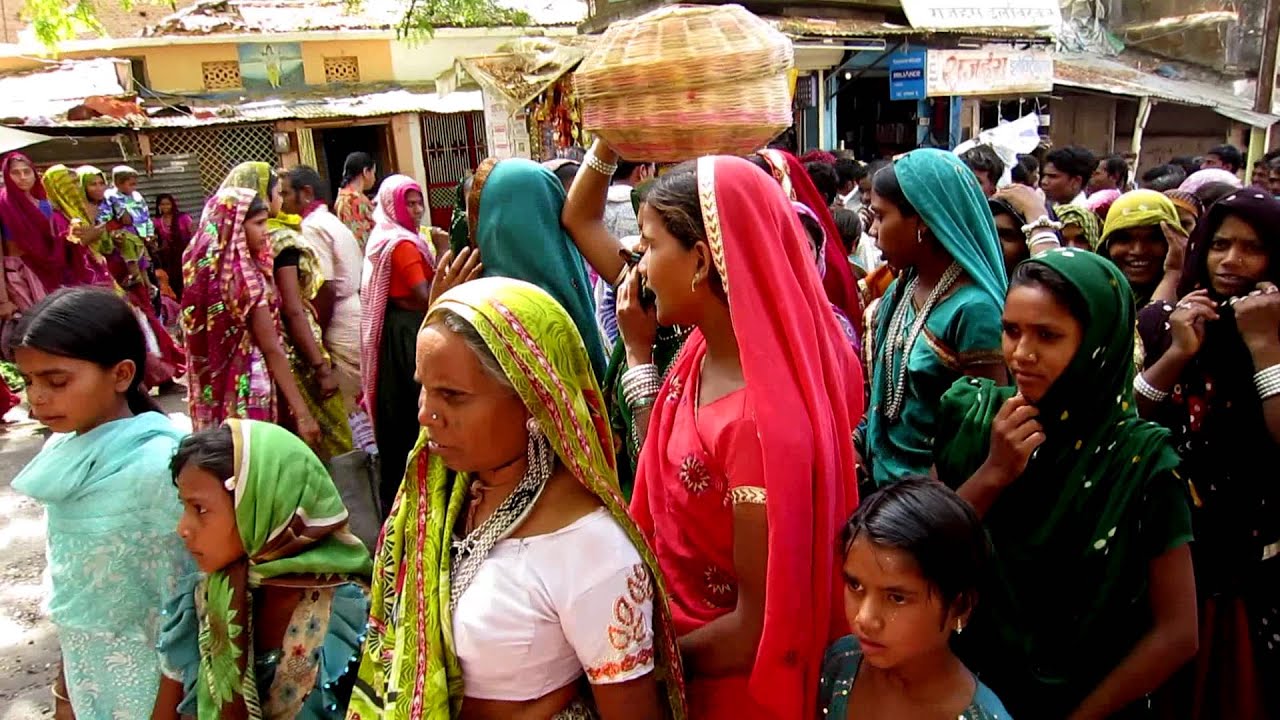 Zumla (he uses only one name), a tall, well-built man with a white moustache, also sat under the tree. He said he had had a bank account for years now, but rarely used it because he had little money to deposit into the account, and because going to a bank took very long. It takes him an hour to walk to the nearest bank branch, about 6 km from the village, he said.

“I am anguthachaap,” Zumla, a Bhil tribal with a white turban, added in Hindi, using the term for a thumb impression, a sign of illiteracy. “I use a chequebook (he meant passbook) to put in money and take out money, but I don’t know how to use an ATM,” said Zumla, dressed in a grey shirt paired with a white dhoti tied above the knees. “If I can’t read, how do I know what buttons to press?”

The district of Jhabua – over 91 per cent of all households here are classified as scheduled tribes – has one of the lowest rural literacy levels in the state. Less than half of the population in the district (40.1 per cent), and less than one third of the women (29.8 per cent), in rural areas is literate, according to 2011 Census data.

Overall, tribals have a lower literacy rate than the rest of the population. About half of the tribal population (50.6 per cent) in MP is literate, compared to 70.63 per cent for the population overall, according to data from Census 2011.

Tribals lag other Indians in use of banking services

Less than 45 per cent of scheduled tribe households used banking services in 2011, compared to over 58 per cent of the whole population, according to Census data.

A lack of jobs and abject poverty meant that some tribals had no money to put into a bank account.

A lack of knowledge about ATMs, cellphones or bank accounts emerged as one of the main reasons for the reluctance to use bank accounts and ATMs more often. 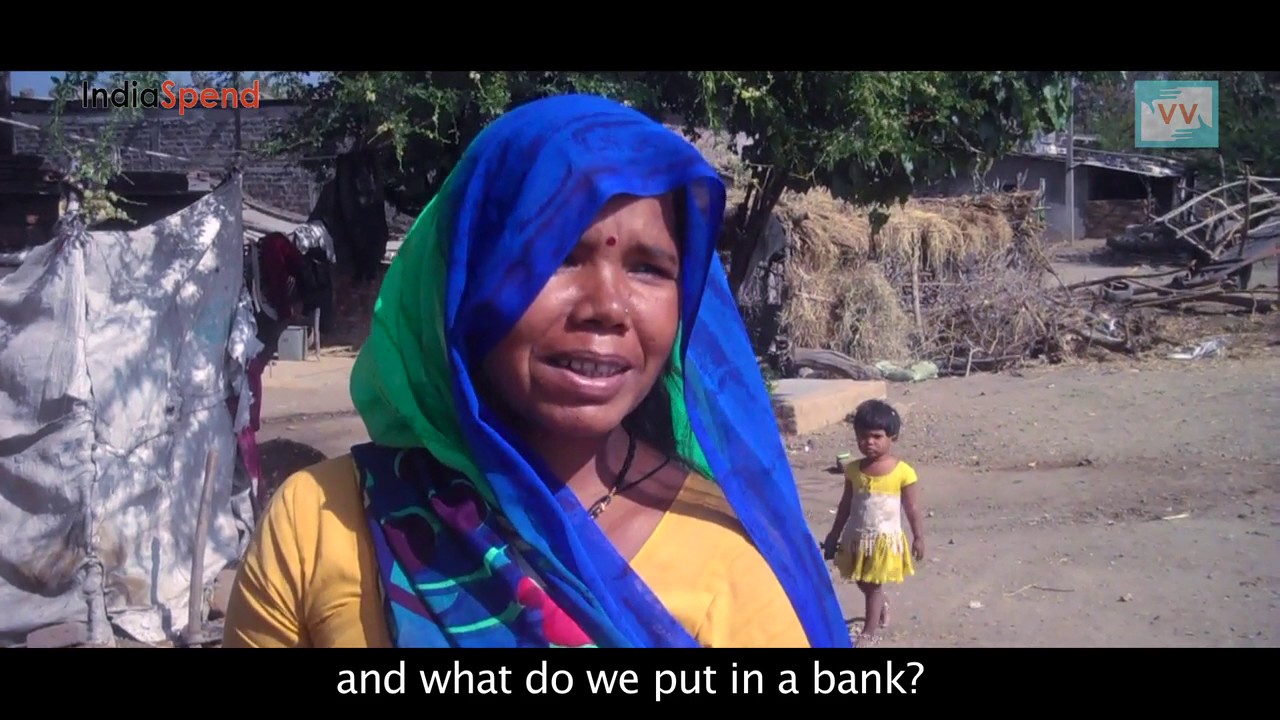 Those who used ATM cards were either educated, or had been helped by either a friend or a bank official.

In general, researchers have found a strong correlation between the spread of banking and reduction in poverty, as a 2003 paper found in India.

Those who get government subsidies use bank accounts, but only 1/3rd use cellphones

Indeed, those better acquainted with government programmes used their bank accounts to access money from direct transfers of government subsidies or doles.

Though most households IndiaSpend visited had at least one cellphone, mostly with a male or younger family member, cellphone ownership was still not universal. A little over 31 per cent of tribal households owned a cellphone in 2011, compared to 53.2 per cent of the entire population, according to Census data.

In all this, some said demonetisation would eventually be beneficial to the poor. “The black money that has come out, Modi might distribute it. He might approve the building of a house or something (for the poor),” said Mithun, a labourer from Dhar district.

(In arrangement with IndiaSpend.org, a data-driven, non-profit, public interest journalism platform, with whom Shreya Shah is a reporter/editor. The views expressed are those of IndiaSpend. Feedback at [email protected])

New Delhi, Feb 14 (IANS) On the first anniversary of the Pulwama terror attack in which 40 CRPF…
byIANS

Trivandrum, June 9 : After Delhi and Goa, Trivandrum archbishop Soosa Pakiam has called for the need to…
byAarti Bali