Mumbai, sep 15 : Director, producer Rakesh Roshan is all set to bring back the sequel of superhero franchise with its fourth installment ‘Krrish 4’.

The idea for ‘Krrish 4’ came after Roshan’s wife showed a picture of Lord Ganesha that had the face of Krrish.
“When my wife showed me a tweet with Bappa’s (Lord Ganesha) picture as Krrish, it reaffirmed my belief that Krrish is the original superhero we have. It boosted my confidence and inspired me to make the fourth instalment,” Roshan said in a statement here.

“Ganesha is also called the God of auspicious beginnings. I guess this was his way of saying that we have his blessings for ‘Krrish 4’,” he said.
He also Tweeted “Ganpati blessings for KRRISH4 :)) hope everyone is enjoying the festivities. Love to all.” 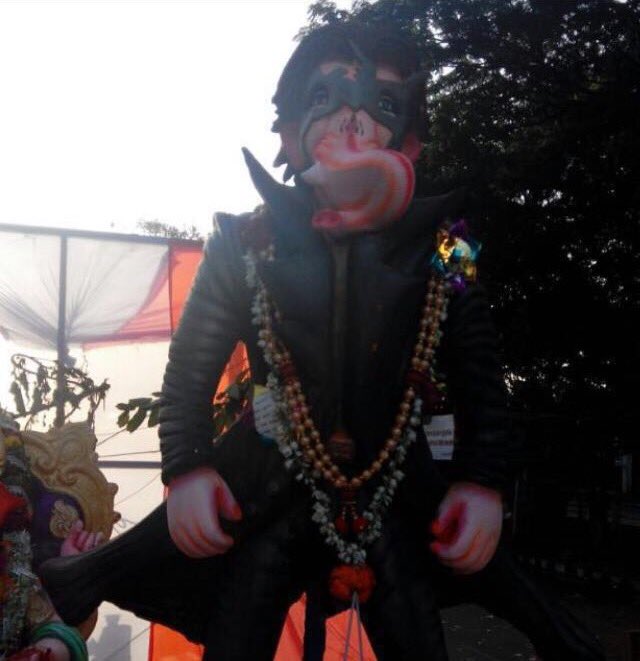 VJ Chitra was found dead in a hotel room, which she shared with her husband Hemanth. As per the reports, she died by suicide.
byIANS
1 share
1
0
0

Mumbai, Dec 14: Superstar Salman Khan on Thursday announced “Loveratri” as the title of his next production venture, which…
byAsha Rai

"Each episode should be duly scrutinised by the Censor Board. What is happening in the show is absolutely wrong. It becomes difficult to sit and watch the show with the family.
byWeForNews Desk

New Delhi, April 17: From hosting a dinner to break the ice to forcing them to plan a surprise…
byAnkita Gupta