New Delhi, Feb 3: Legendary actor Waheeda Rehman who ruled Bollywood in the 60s and 70s with her varied roles and beauty turns a year older on Saturday. The ageless beauty who truly defined the song “Chaudhvin Ka Chand” has turned 80. 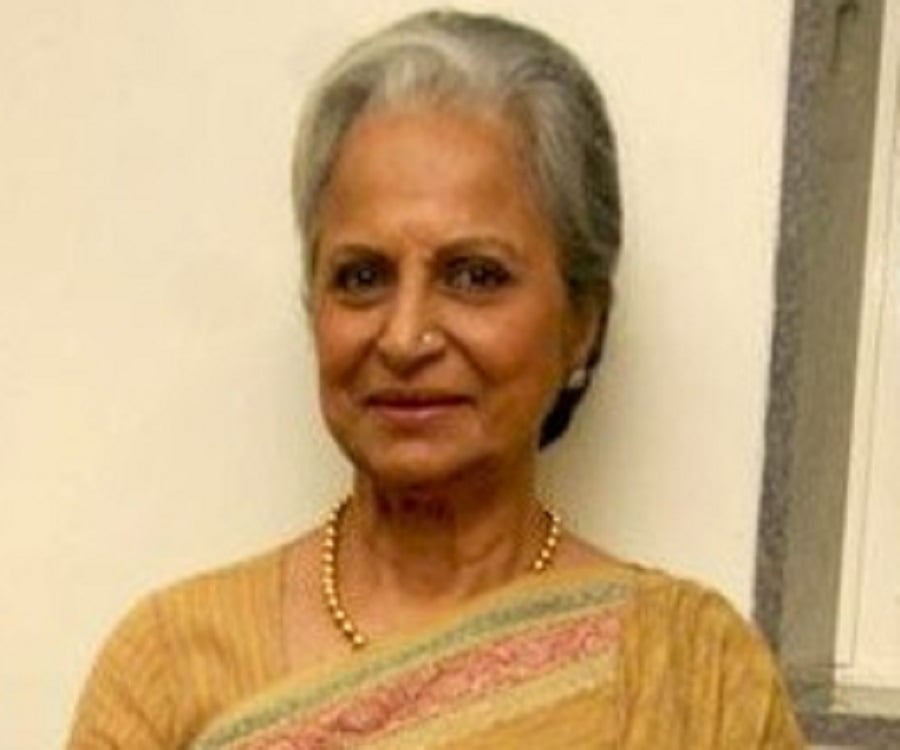 Waheeda starred in super hit films like Guide, CID and Pyaasa among others and also shared the screen space with some big names of the Hindi film industry like Guru Dutt, Dev Anand, Dilip Kumar and Sunil Dutt. She also worked with Satyajit Ray in the Bengali film Abhijan (1962).

Born 3 February, the legendary actress has worked in appeared in several critically acclaimed Telugu, Tamil, Hindi and Bengali films. She is noted for her contributions to different genres of films from the 1950s, 1960s and early 1970s. She has been cited as Bollywood’s “most beautiful” actress by various media outlets, a title for which she has received substantial publicity.

As the legendary actress turns a year older today, we bring to you some of the evergreen hits of Waheeda ji, including songs like Aaj Phir Jeene Ki Tamanna Hai, Waqt Ne Kiya Kya Haseen Sitam, Piya Those Naina Lage Re and many more!

1. Kahin pe nigaahein kahin pe nishaana (CID, 1956): Waheeda Rehman’s first Hindi film – in which she acted a vamp of sorts. She was slightly gauche in CID, but this song is hers all the way. Innocence and beauty personified, though her role has a grey shade in the movie, not all that innocent.

2. Piya Tose Naina (Guide, 1965): Here’s another example of how great that dancing was. Although Guide – one of Waheeda Rehman’s most popular films opposite Dev Anand – had fantastic music (including another great Waheeda dance, Mose chhal kiye jaaye), there’s no beating Piya tose naina laage re.

3. Rangeela Re (Prem Pujari, 1970): Waheeda Rehman and Dev Anand made a fantastic onscreen pair, right from their first film together, CID, to this one in 1970. Rangeela re is yet another showcase of Waheeda’s superb dancing – and it shows what a great actress she is, too. While she dances with a gay, drunken abandon, you can see the pain in her eyes. To the shocked Achla Sachdev or the contemptuous Zahida, this is just another woman who’s lost control; to us in the know, it’s not a case of in vino veritas: there is real anguish here. And nobody who was actually drunk could dance so well!

4. Paan khaaye saiyaan hamaro (Teesri Kasam, 1967): While Piya tose naina laage re is (to some extent) classical, this one is typically nautanki. Spirited, replete with all the right jhatkas and matkas, mischievous yet come-hither all at the same time. And from a character seemingly obviously used to (and catering to) the lascivious stares of the leering all-male audience. Very entertaining, but in a way quite different from the bulk of Waheeda Rehman’s dances onscreen.

5. Sasural Genda Phool (Dilli 6, 2009): The song from movie ”Delhi 6” proved that Waheeda Rehman’s  age is just number which has failed to take away her charm.

Mumbai, Aug 14: The trailer of Nawazuddin Siddiqui’s “Manto”, which is helmed by acclaimed actress-filmmaker Nandita Das, will release…
byAsha Rai