New Delhi, Dec 27: Superstar Salman Khan is celebrating his 52nd birthday today. Salman has reasons for double celebrations on his 52nd birthday as his latest release Tiger Zinda Hai has struck the right chord with movie-goers. The movie had a roaring start as it crossed the Rs 150 crore mark in just four days since its release on December 22.

The Bollywood Dabangg Khan is now busy with his shoot for the upcoming action-thriller Race 3.

Ruling the film industry for over 30 years now, the superstar, who is in his 50s, is still admired immensely for his fit and toned body.

On his 52nd birthday today, Check out the list of his films that broke box-office record:

Maine Pyar Kiya was Salman’s first film where he got the lead role opposite actress Bhagyashree. Directed by Sooraj R Barjatya, the film was an all-time blockbuster. The film which was released in the year 1989, collected Rs 15 crore.  It earned him his first nomination for a Best Actor at Filmfare. The film stars Salman Khan, Shah Rukh Khan, Kajol, Mamta Kulkarni, Kajol and Amrish Puri. Directed by Rakesh Roshan, the film was the second highest-grossing film of the year, after Dilwale Dulhania Le Jayenge. Released in 1995, the film collected Rs 53.58 crore in the box office  and Salman’s role of Karan once again put his name among the nominees for the Best Actor award for Filmfare Awards. His second collaboration with director Sooraj Barjatya in the romance Hum Aapke Hain Kaun  co-starring Madhuri Dixit, beautifully narrated the story of a married couple and the relationship between their families. The film broke many records in those days and collected 69.75 crore.  During the 1995 awards season, the film won 3 Filmfare Awards for Best Film, Best Director and Best Actress. It also won the National Award for being the most popular film of the year. 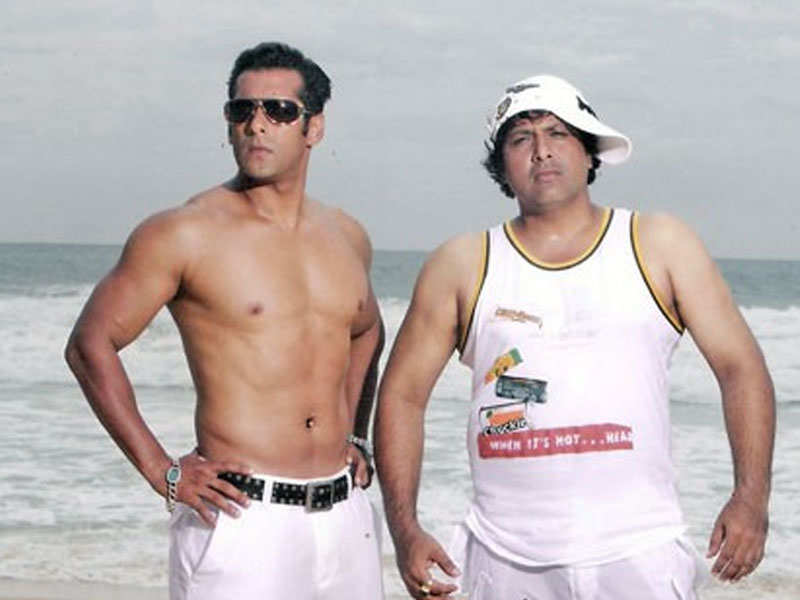 In this film, Salman plays the role of ‘Love Guru’ who assists other males to get a girlfriend. The film was directed by David Dhawan and it also stars Govinda, Katrina Kaif and Lara Dutta. The flick was released in year 2007 and done a business of Rs 138 crore.

The film was released on Eid, 10 September 2010. Directed by Abhinav Kashyap, Khan played the role of a fearless cop with comic effect in the film. It opened to generally positive reviews and broke several box office records upon release.  the film was made with a budget of Rs 300 million and marketed at Rs 120 million. In the Box office, Dabangg has done a business of Rs 215 crore. The film became the highest opening week grossing Bollywood film, overtaking the previous record of 3 Idiots. Dabangg went on to gross 2.15 billion worldwide. It is the highest-grossing Bollywood film of 2010 and, as of 2012, the fourth highest–grossing Bollywood film of all time.

The film was the remake of Malayalam film which was released in 2011. Bodyguard was released in 3250 theatres worldwide. The film starred Salman Khan and Kareena Kapoor. The film was not well received by critics, though it became a financial success. In the box office, the film collected Rs 230 Croreand became India’s highest-earning film of the year.

The film was released on Eid in 2015, and won National Award. Directed by Kabir Khan, the film stars Salman Khan in the lead role while Harshaali Malhotra, Nawazuddin Siddiqui and Kareena Kapoor Khan are in supporting roles. This was Khan’s first and the second Bollywood film after PK to enter the 300 club. Also became the eighth consecutive film of Salman Khan to gross over 100 crores. In the box office, the film collected Rs 629 crore. The film focuses on Sultan Ali Khan, a fictional wrestling champion from Haryana whose successful career creates a rift in his personal life. Salman plays the role of a wrestler in the film. Anushka Sharma plays lead female character in the film. Sultan had done a business of Rs 539 crore at the box office.

Directed by Kabir Khan, the film is about the life of an Indian spy. Produced by Yash Raj Films, the film stars Salman Khan and Katrina Kaif, and features Ranvir Shorey, Girish Karnad, Roshan Seth and Gavie Chahal in supporting roles. In the box office, Ek Tha Tiger has done a business of Rs 320 crore.

This film has already crossed Rs 150 cr mark, that too in just 4 days. The film has become a strong contender in the industry record books, smashing one record after the other.

Mumbai, July 16: Filmmaker Anubhav Sinha, who is being accused of running propaganda to garner support and sympathy for…
byAsha Rai

Hong Kong, March 25: Filmmaker Hansal Mehta says he was overwhelmed by the number of questions the audience had…
byAsha Rai

"They dragged the investigations. Calling film personalities regularly fuelled gossip and it must be ascertained if this was an attempt to terrorise Bollywood," said Raut.
byWeForNews Desk