Jakarta, Aug 29 (IANS) A gold each for heptathlete Swapna Barman and triple jumper Arpinder Singh, a maiden mixed doubles table tennis medal and the women’s hockey team’s entry into the final delighted India on the 11th day of the 18th Asian Games here on Wednesday.

Among other success stories, Dutee Chand got a silver in 200 metres event, while the women’s squash team and boxers Amit Panghal and Vikas Krishan reached the semi-finals, assuring at least a bronze each.

Track and field athletes continued to impress as they have contributed five gold medals out of 11 India has at the moment, with the country’s medal tally standing at 54 medals (11 gold, 20 silver, 23 bronze). 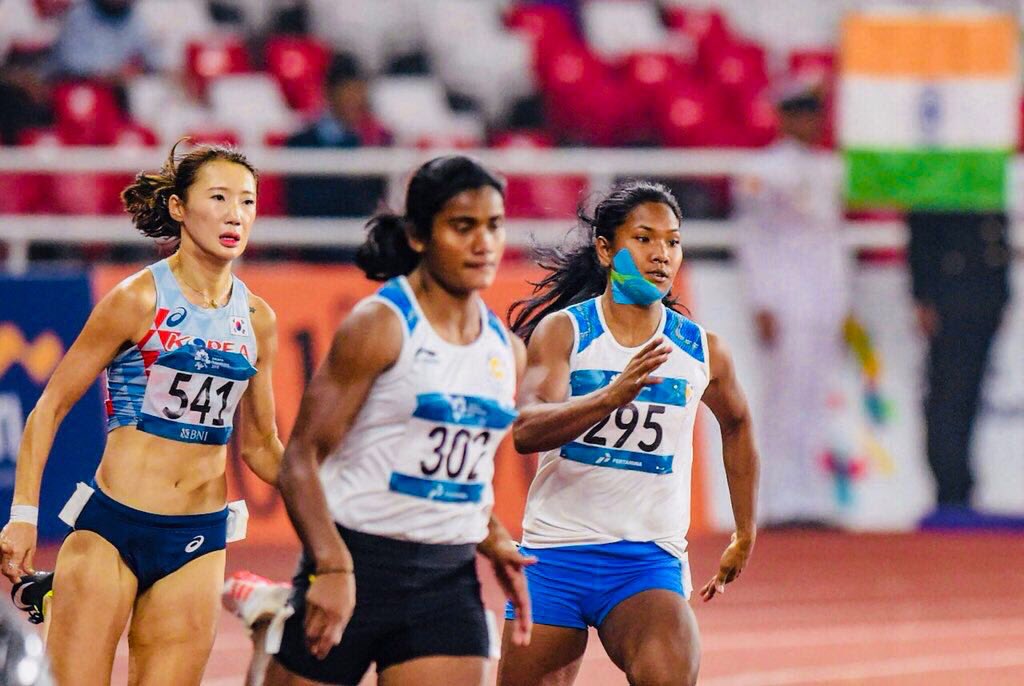 Swapna from Bengal brought India’s first-ever gold in the event at the Asiad. Swapna posted a score of 6,026 points. Purnima Hembram, the other Indian in the fray, finished fourth with 5,837 points.

Arpinder ended India’s 48-year wait for men’s triple jump gold with an effort of 16.77 metres in his third attempt. He pipped Uzbekistan’s Ruslan Kurbanov, who took the silver medal with a personal best jump of 16.62 metres.

Before the 25-year-old Arpinder, the previous Indian champion at the Asiad was Mohinder Singh Gill in 1970 with an effort of 16.11m.

A.V. Rakesh Babu, the other Indian in the fray, was sixth with a best attempt of 16.40 metres.

Dutee, meanwhile, grabbed her second silver medal at this year’s Asiad after finishing second in the 200m. She clocked 23.20 seconds to finish second behind Bahrain’s Edidiong Odiong, who claimed the gold medal with 22.96 seconds at the Gelora Bung Karno Sports Stadium.

In the morning session, 2014 bronze medallist Khushbir Kaur finished fourth in the women’s 20km race walk as she locked one hour, 35 minutes and 24 seconds to finish one minute and 22 seconds behind bronze medallist Kumiko Okada of Japan. 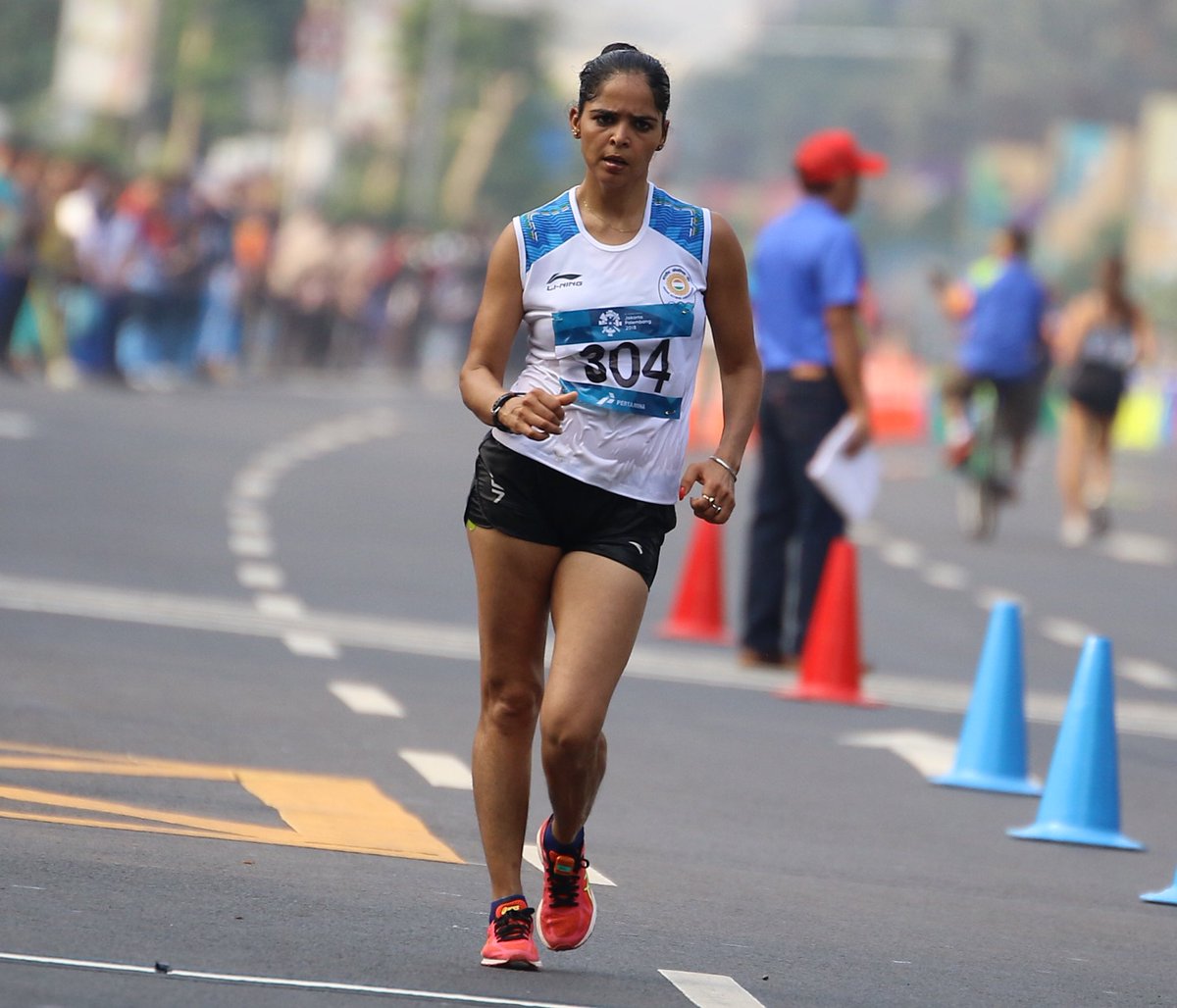 Making of a history was also seen in table tennis for India, with the mixed doubles pair of Achanta Sharath Kamal and Manika Batra getting a bronze medal after going down in the semi-finals.

It was also India’s second TT medal in Asiad history. The first medal came in this edition with the men’s team winning a bronze medal.

In squash, the Indian women’s team assured itself of a medal after securing a semi-final berth as it dominated its penultimate Pool B match against China, chalking up a comprehensive 3-0 win.

The team will play their final Pool B match against Hong Kong on Thursday and will look to finish on top of the heap.

In boxing, Amit Panghal and Vikas Krishan notched up contrasting victories to enter the semi-finals. In the quarter-finals, Amit overpowered Kim Jang Ryong of North Korea by a unanimous 5-0 decision in the men’s light flyweight (49 kilogram) category.

Vikas faced a much tougher challenge against Tuoheta Erbieke Tanglatihan of China in the men’s middleweight (75kg) division. The Indian was stretched to the limit by his agile and technically strong opponent before eking out a narrow 3-2 win.

In the semi-finals, Amit will take on Paalam Carlo of the Philippines while Vikas will face Kazakhstan’s Amankul Abilkhan.

Later in the day, Dheeraj Rangi lost by a unanimous 0-5 verdict to Mongolia’s Chinzorig Baatarsukh in the light welterweight (64kg) quarter-finals.

There was bad news for Indian fans in the women’s section as well since Sarjubala Devi lost 0-5 to Chang Yuan of China in the 51kg quarter-finals.

In women’s hockey, India ended a two-decade wait as it stormed into the finals after edging past World No. 11 China 1-0 in a semi-final clash. Inspired by Gurjit Kaur’s solitary goal in the 52nd minute, India will face lower-ranked Japan in the finals on Friday.

The men’s team will face Malaysia for a place in the finals on Thursday.

Meanwhile, The Indian women’s sepaktakraw team lost to Vietnam 0-2 in their Group B Women’s Quadrant preliminary round. India were outplayed by their rivals 21-6, 21-12 in a lopsided encounter.

England were not yet as eleven minutes later -- in the 86th -- Kane converted a cross from Grealish.
byIANS

India overwhelm Afghanistan by an innings and 262 runs

Bengaluru, June 15:  India bowled out Afghanistan for 103 in the second innings to win the one-off Test by…
byAnushruti Singh