Germany survived a late Saudi Arabia rally to win their final World Cup tune-up in Leverkusen. Timo Werner and Marco Reus strengthened their claim for a starting place in Russia, but the visitors threatened late on.

Germany rounded off their preparations for the World Cup with their first win in six games, beating a Saudi Arabia team who made life difficult for the world champions.

With Mesut Özil nursing a slight knee problem, Joachim Löw offered Julian Draxler and Marco Reus another opportunity to stake their claim for a starting berth in Russia.

It was Reus who shone, assisting the opener for Timo Werner with a cushioned assist for the RB Leipzig striker, and then playing a key pass in Germany’s second. A decent return for the Borussia Dortmund forward, who was starting a game for Germany for the first time in more than two years. 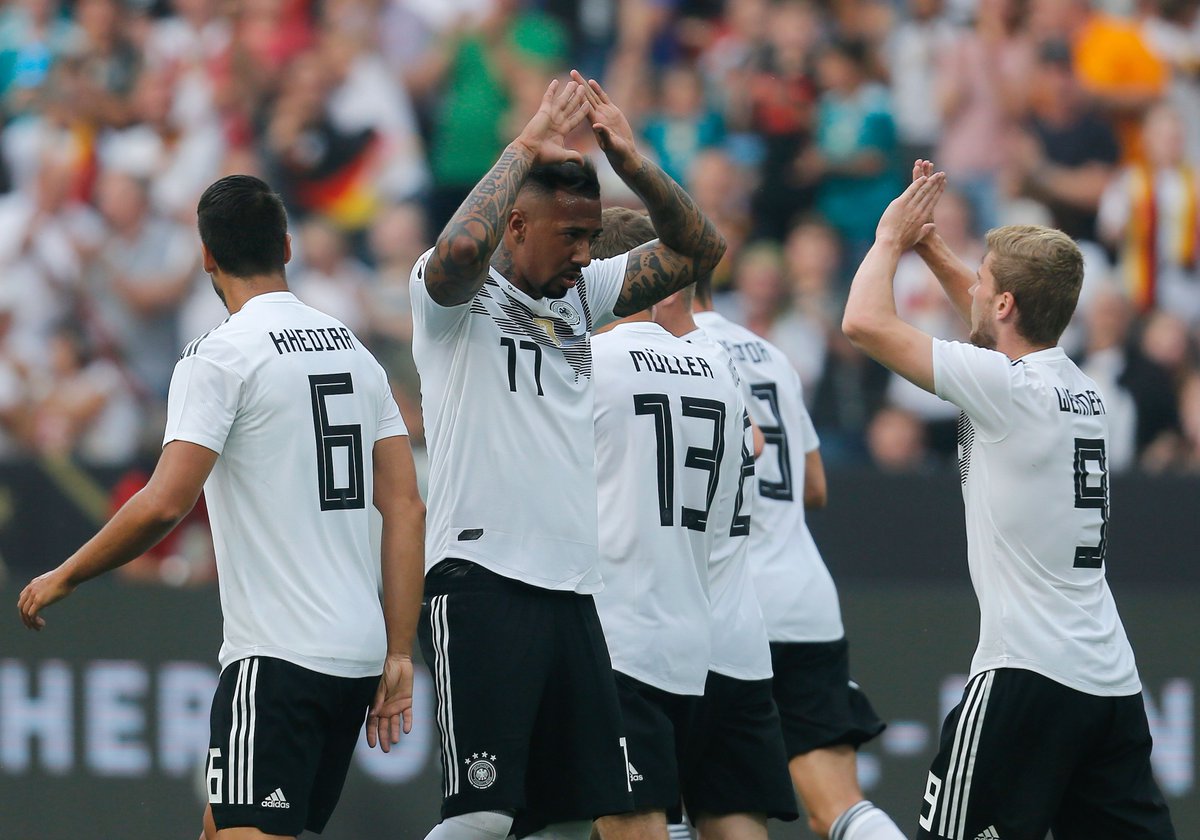 Saudi Arabia may be one of the weakest teams at the World Cup this year, but Löw fielded the strongest team available to him as he looked to build some momentum ahead of Germany’s opener against Mexico on June 17.

Germany began the game strongly and Werner’s finely taken opener appeared to set the tone for a dominant performance with plenty of goals. But the Germans toiled as they tried to break down a Saudi team who equipped themselves well as they sat deep and looked to hit Germany on the break. They came close to succeeding a couple of times late in the first half, but couldn’t convert their half chances.

That opened the door for Germany, who scored their second soon before halftime. Reus was involved again, sliding a ball into the path of Werner, whose low cross was turned into his own net by Omar Hawsawi, who was pressured by Thomas Müller.

But rather than turn the screw on Saudi Arabia, Germany took their foot off the pedal. Löw withdrew Manuel Neuer and Jerome Boateng as a precaution, and Germany suffered at the back in their absence. Ilkay Gündogan was also introduced to the fray, and was welcomed with jeers, after he and Özil met with the Turkish president in London recently.

Germany couldn’t finish the Saudis off and conceded a late goal after Sami Khedira tripped Taisir Al-Jassim in the box. Marc-André ter Stegen saved Mohammed Al-Salawi’s spot-kick, but Al-Jassim steered in the rebound.

Sausi almost forced a shock equalizer in stoppage time when Al-Jassim and Al-Salawi combined again, attacking down Germany’s right. But this time, Al-Salawi couldn’t quite make contact as the ball flashed across ter Stegen’s goal.

It was a less than satisfactory end for Germany, who get the victory but are a long way off their best as they prepare to fly into Moscow.

"To deal with the Novel Coronavirus (COVID-19), the Ministry of Health & Family Welfare has issued advisories and advised the State Governments to take appropriate action under the Epidemic Diseases Act,1897.
byWeForNews Desk
1 share
1
0
0

Injured Prithvi Shaw ruled out of 1st Test vs Australia

It is a match-up between the bottom dwellers from the last season, but one of the two will…
byUtpal Pathak