Cairo, May 19 (IANS) An EgyptAir flight from Paris to Cairo with 66 people on board crashed into the Mediterranean Sea on Thursday. While a search and rescue operation was under way, Russia said terror attack could be the reason for the crash.

The French president said “no hypothesis” could be ruled out on the causes of the crash.

The Russia’s Federal Security Service (FSB) said terror attack could be the reason for the EgyptAir crash.

“Unfortunately, today there was another incident with an Egyptian Airlines plane. Apparently, it is a terrorist attack, which killed 66 people from 12 countries,” Aleksandr Bortnikov, head of Russia’s Federal Security Service (FSB), was cited as saying by TASS.

The FSB chief urged “all concerned parties, including our partners in Europe, to undertake joint measures to identify the persons involved in this heinous act”.

The Greek Defence Ministry said the plane made “sudden swerves” just before going off radar.

“At 03.39 a.m. the course of the aircraft was south and southeast of Kassos and Karpathos (islands) … immediately after it entered Cairo FIR and made swerves and a descent I describe — 90 degrees left and then 360 degrees to the right,” Defence Minister Panos Kammenos told a news conference.

EgyptAir has published information about the nationalities of the 56 passengers. It lists 30 Egyptians, 15 French, two Iraqis and one citizen each from Britain, Belgium, Kuwait, Saudi Arabia, Sudan, Chad, Portugal, Algeria and Canada.

French and Egyptian authorities offered their assistance to family members of the passengers and crewmembers of the plane. EgyptAir provided a plane to fly relatives from France to Egypt, while an emergency centre was opened at Charles de Gaulle Airport in Paris.

A search and rescue operation involving Egyptian, Greek and French military aircraft and ships and a number of civilian vessels was under way in the southern Mediterranean. Hours into the operation, the Greeks reportedly found two objects floating in the sea 50 miles southeast of the area where the plane had dropped off radar.

EgyptAir described the captain of the plane as experienced, with over 6,275 flying hours, including 2,101 hours flying Airbus 320s, while his co-pilot has 2,766 hours. The aircraft was manufactured in 2003.

The manufacturer Airbus also expressed concern and offered assistance to the investigators.

“Our concerns go to all those affected,” a spokesperson said. “In line with ICAO annex 13, Airbus stands by ready to provide full technical assistance to French Investigation Agency – BEA – and to the authorities in charge of the investigation.”

The Airbus A320 passenger airliner took off from Paris on Wednesday night at 11.09 p.m. and was expected to land in Cairo on Thursday morning at 3.15 a.m. It lost contact with the radar at 2.45 a.m.

A major search and rescue operation was under way involving the Greek and Egyptian armed forces.

EgyptAir said the plane was flying at 37,000ft when it disappeared from radar shortly after entering Egyptian airspace.

Greek aviation officials said its air traffic controllers had spoken to the pilot a few minutes earlier and everything had appeared normal.

There was also some confusion over whether a distress signal was sent out by the plane crew.

Egypt’s state-run daily al-Ahram quoted an EgyptAir statement as saying the Egyptian army’s rescue and search had received a distress call from the plane.

But Egypt’s military subsequently said that no such signal was received.

Flight tracking group Flightradar24 listed details of the plane’s earlier journey on Wednesday which showed it had flown from Asmara, in Eritrea, to Cairo, then on to Tunis, in Tunisia, before heading, via Cairo, to Paris.

In March, an EgyptAir domestic flight MS181 from Alexandria to Cairo was hijacked in mid-air by one of the passengers and diverted to Larnaca, Cyprus, with 81 people on board. After a six-hour standoff, the hijacker, Seif Eldin Mustafa, released the passengers and crew, and surrendered to Cypriot police.

Paris’s Charles de Gaulle Airport has seen hundreds of flights to, from and over Paris cancelled due to an ongoing strike by air traffic controllers and ground staff. They are taking part in a nationwide strike to protest the new labour reform proposed by the French government that, they say, takes away workers’ rights.

An informed source at EGYPTAIR reported that EGYPTAIR Flight No MS 804 has lost communication with radar tracking system at 02:45 (CLT)

An informed source at EGYPTAIR stated that Flight no MS804,which departed Paris at 23:09 (CEST),heading to Cairo has disappeared from radar. — EGYPTAIR (@EGYPTAIR) May 19, 2016

According to the flightradar24.com website, which tracks passenger flights around the globe, the plane is an Airbus 320.  EgyptAir confirmed the plane disappeared about 10 miles (16km) into Egyptian air space. 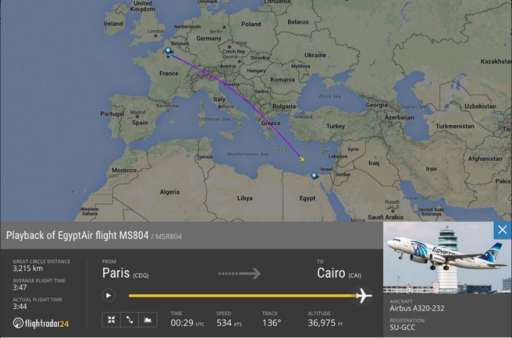 EgyptAir flight with 66 on board crashed

One killed, 85 injured in 6.8-magnitude aftershock in Ecuador

Azerbaijan said Thursday that nearly 2,800 of its soldiers were killed in recent fighting over Nagorno-Karabakh, the first details it has released of military losses in weeks of clashes with Armenian forces.

The defence ministry in Baku said in a statement that “2,783 servicemen of the Azerbaijani armed forces were killed in the patriotic war,” adding that 100 more soldiers were missing.

The Interpol has asked police organisations to ensure “the safety of the supply chain” and said “identifying illicit websites selling fake products will be essential”.

New Delhi, December 3: The Interpol has warned law enforcement agencies across the globe that organised criminal networks could try to advertise and sell fake COVID-19 vaccines physically and on the internet.

In an Orange notice issued to all 194 member countries on Wednesday, the Lyon-based international police cooperation body warned agencies to prepare for potential criminal activity in relation to “the falsification, theft and illegal advertising of COVID-19 and flu vaccines”.

“It also includes examples of crimes where individuals have been advertising, selling and administering fake vaccines,” a statement from the Interpol said.

The Interpol issues an Orange notice to warn of an event, a person, an object or a process representing a serious and imminent threat to public safety.

The CBI, which is the national central bureau for India, is tasked with coordination with the Interpol.

The warning came on the day the UK became the first Western nation to approve a COVID-19 vaccine, vaulting past the US and the European Union in the race to approve a vaccine.

The Interpol has asked police organisations to ensure “the safety of the supply chain” and said “identifying illicit websites selling fake products will be essential”.

“Criminal networks will also be targeting unsuspecting members of the public via fake websites and false cures, which could pose a significant risk to their health, even their lives,” Interpol Secretary General Jurgen Stock said in a statement.

“It is essential that law enforcement is as prepared as possible for what will be an onslaught of all types of criminal activity linked to the COVID-19 vaccine, which is why INTERPOL has issued this global warning,” the official said.

The Interpol cybercrime unit has analysed that of 3,000 websites associated with online pharmacies suspected of selling illicit medicines and medical devices, around 1,700 contained cyber threats, especially phishing and spamming malware making such operators even more potent of causing financial and health harms.

Frontline healthcare workers and people over 65 years of age will be the first to get the vaccine administered, he added.

Islamabad, Dec 3 : Pakistan’s overall coronavirus caseload has increased to 406,810 after an additional 3,499 people tested positive in the last 24 hours, the Health Ministry said on Thursday.

In the same period, a total of 8,205 people died and 346,951 recovered from the disease in the country which is currently battling a serious second wave, Xinhua news agency quoted the Ministry as saying.

The two new figures increased the overall death toll and recoveries to 8,205 and 346,951, respectively.

Sindh province is currently the worst hit with 177,625 cases, followed by most populous province Punjab with 121,083 positive cases, the official figures revealed.

At a press briefing on Wednesday, Special Advisor to the Prime Minister on Health Faisal Sultan said that the government has approved to allocate a budget of $150 million to purchase vaccines.

Frontline healthcare workers and people over 65 years of age will be the first to get the vaccine administered, he added.

Meanwhile, Federal Parliamentary Secretary in the Health Ministry Nausheen Hamid said that the government will provide free of cost vaccine to its citizens and the vaccination will start in the second quarter of 2021.

The Pakistani government has also decided to observe “Covid-19 standard operating procedures compliance week” from Saturday for creating awareness in public about the significance of the SOPs in guarding against the disease.

Board exams 2021: CISCE writes to all CMs to allow partial reopening of schools from January for classes 10 and 12