French experts confirmed Saturday that smoke had been detected in the cabin of an EgyptAir plane that crashed into the eastern Mediterranean carrying 66 people, but what brought it down remains a mystery.

Here is what we know so far: 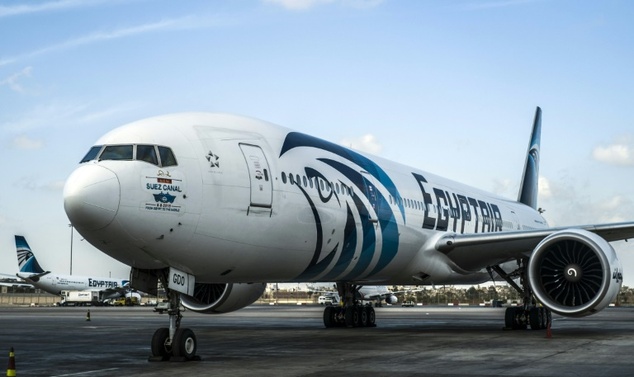 EgyptAir flight MS804 disappeared off the radar 0029 GMT on Thursday morning while flying over the eastern Mediterranean en route from Paris to Cairo.

The Airbus A320, which was carrying 56 passengers and 10 crew members, had just crossed from Greek airspace into Egyptian airspace and was about 35 minutes from its destination.

About three minutes before it disappeared off the radar, the plane transmitted a number of automatic messages indicating there was smoke in the cabin, France’s air safety agency said on Saturday.

The plane did not send out a distress signal and crashed between the island of Karpathos and the Egyptian coastline, Greek aviation officials told AFP.

Wreckage from the plane, luggage and body parts were found in the sea on Friday by an Egyptian military search team in an area about 290 kilometres (180 miles) north of the coastal city of Alexandria.

The pilot’s last contact with Greek air traffic controllers was around 0005 GMT when he appeared to be in good spirits and made no mention of any problem.

But it ran into trouble just over 20 minutes later as it was flying at 37,000 feet, (more than 11,200 metres) with Greek Defence Minister Panos Kammenos saying the plane swerved sharply to the left, then to the right, falling 22,000 feet, before disappearing from radar screens at around 10,000 feet.

Why it did not send out a distress signal remains unclear. And investigators so far have no indication as to what caused the plane to suddenly swerve before plummeting out of the sky.

Although the presence of smoke in the cabin may help the probe, experts will only be able to piece together a fuller picture when more wreckage is found, including the black boxes.

Was it brought down deliberately?

Egypt’s aviation minister said a “terrorist attack” was a more likely cause than technical failure for the crash, voicing widely-held fears of a repeat of an October attack over Sinai that brought down a Russian passenger jet, killing 224 people.

Aviation experts agree there is little chance that a mechanical fault, such as the explosion of an engine, was responsible. And they say it is unlikely the plane was shot down.

But despite fears the plane was deliberately brought down, there is no evidence so far to support that thesis.

“We have absolutely no indication on the causes,” French Foreign Minister Jean-Marc Ayrault said Friday.

Was the plane safe?

Airbus delivered the plane to EgyptAir in November 2003 and it had logged 48,000 hours of flying time. Experts say the A320 has an excellent safety record as the best-selling medium-range airliner in the world, with one taking off or landing around the world every 30 seconds.

Before taking off from Paris on Wednesday evening, the plane had been in Eritrea, Egypt and Tunisia, according to the website FlightRadar24.

It began the day in the Eritrean capital Asmara, then returned to Cairo before flying to Tunis. It then headed back to Cairo where it stayed for two hours before flying to Paris Charles de Gaulle airport. It took off from the French capital at 2100 GMT and was to have landed in Cairo at 0105 GMT on Thursday.

What remains unclear is whether the plane was checked at each location, or how thoroughly. 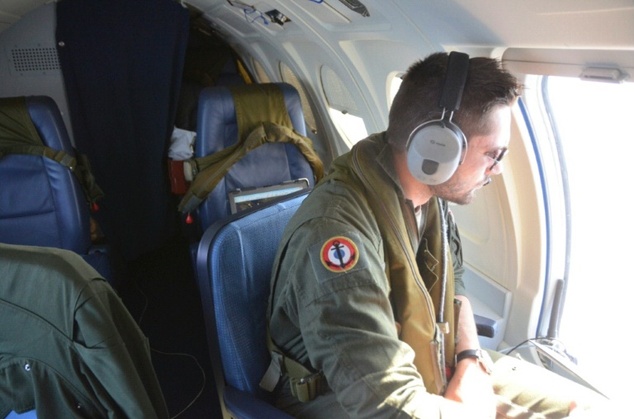 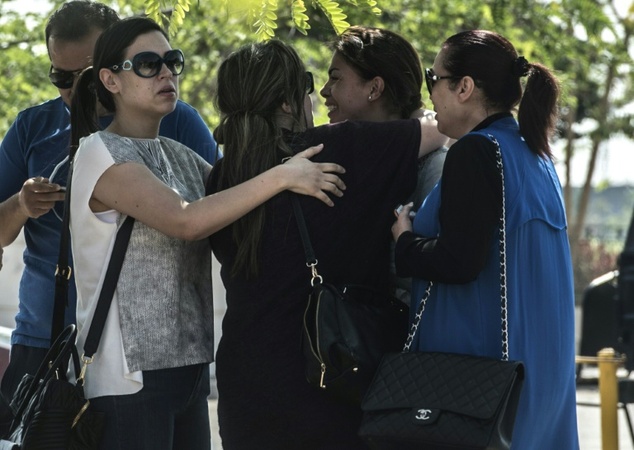 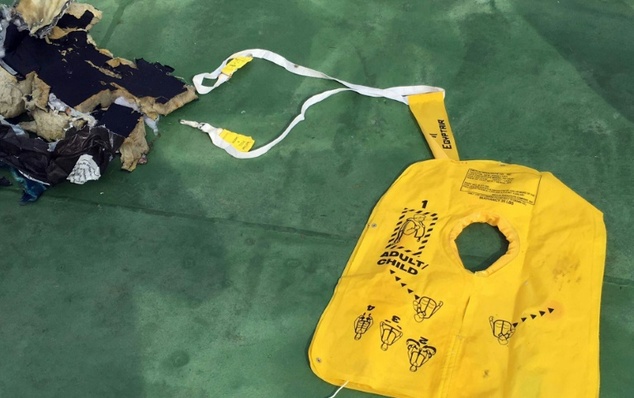 Breaking : M4.0 earthquake jolts off the coast of Hualien city,

Norway COVID-19 immunisation: The Norwegian Institute of Public Health has cautioned against vaccinating elderly people above 80 years of age saying those with a short life span may not benefit much from the jab

In a worrying development, 23 elderly people died within a short time of receiving their first coronavirus vaccine shots in Norway. However, there is no confirmation yet if there is direct correlation between the Pfizer–BioNTech COVID-19 jab and these deaths.

Although a direct correlation between the Pfizer jab and these deaths is yet to be established, experts have said that 13 out of 23 people who died showed common side effects of mRNA vaccines such as diarrhea, nausea and fever.

The Norwegian Institute of Public Health has cautioned against vaccinating elderly people above 80 years of age saying those with a short life span may not benefit much from the jab. The Norwegian regulator further told Bloomberg, “For those with the most severe frailty, even relatively mild vaccine side effects can have serious consequences.”

Pfizer and BioNTech are working with the Norwegian authorities to investigate the deaths in Norway. According to Pfizer, the regulator discovered “the number of incidents so far is not alarming and in line with expectations”.

Experts are of the strong opinion that doctors need to exercise strong caution in vaccinating people in the wake of deaths of 23 elderly people. The Norwegian Medicines Agency said in a recent report that 21 women and 8 men reported side effects. Apart from the 23 deaths, nine people have reported serious side effects without fatal outcomes such as allergic reactions, strong discomfort and severe fever. Seven people reported less serious side effects such as severe pain at the injection site.

Meanwhile, Norway had administered at least one dose of the Pfizer or Moderna coronavirus vaccines to approximately 33,000 people by end of December.

“If there needs to be some comparison, then China’s inactivated vaccine definitely has more solid foundation in safety than Pfizer’s mRNA vaccine”.

New Delhi, Jan 16 : China has slammed the US media for its silence over the deaths of 23 Norwegian elderly patients who were vaccinated with Pfizer-BioNTech vaccine.

Twenty-three elderly Norwegian people died after receiving Pfizer vaccines and the country has launched a detailed investigation into the fatalities that have shocked the world.

Thirteen of them have been assessed and common side effects may have contributed to severe reactions in them, according to the Norwegian Medicines Agency.

An editorial in China’s state-run media outlet Global Times said that 23 deaths are a large number.

“But surprisingly, mainstream English-language media did not report the incident immediately, as if they had already reached a consensus. Major US and UK media were obviously downplaying their deaths,” the editorial said on Friday.

“In contrast, those major Western media will immediately hype any unfavourable information about Chinese vaccines and try to amplify their impact on public psychology”.

For example, the data of China’s Sinovac vaccine was lower than expected in Brazil, and it was reported everywhere in Western media.

The death of a Brazilian volunteer who participated in the trials also became a major event in Western media.

“But it was later proven that the death had nothing to do with the vaccination, and Western media lost their interest,” Global Times reported.

“It may be a coincidence, but we aren’t sure,” Steinar Madsen, medical director of the Norwegian Medicines Agency (NOMA), told the BMJ.

“There is no certain connection between these deaths and the vaccine.”

In a statement, Pfizer said: “Pfizer and BioNTech are aware of reported deaths following administration of BNT162b2. We are working with NOMA to gather all the relevant information.

“All reported deaths will be thoroughly evaluated by NOMA to determine if these incidents are related to the vaccine. The Norwegian government will also consider adjusting their vaccination instructions to take the patients’ health into more consideration.”

According to Global Times, which first broke the story, some mainstream US and British media are taking the lead in putting geopolitical labels on vaccines.

“They are meddling in political stances with the scientific attitude toward vaccines, using their propaganda to promote Pfizer vaccines and smearing Chinese vaccines”.

“If there needs to be some comparison, then China’s inactivated vaccine definitely has more solid foundation in safety than Pfizer’s mRNA vaccine”.

The inactivated vaccine technology has been very mature and has undergone decades of clinical testing.

“But it is the first time that the mRNA technology was applied to the vaccine. This large-scale promotion of Pfizer’s vaccine is a continuous process of large-scale testing on human beings,” the editorial read.

The Pfizer vaccine has been strongly promoted by the US administration and capital.

“Their potential risk has been deliberately downplayed by Western public opinion. And public opinion has created an impression that Pfizer’s mRNA vaccine, which is being used for the first time, is safer than the Chinese vaccine”.

“Boeing technical experts are assisting with the investigation and we continue to offer any support needed during this difficult time,” the company said in a statement on Sunday.

“Our thoughts are with the Sriwijaya Air flight SJ-182 crew, passengers and their families,” Xinhua news agency quoted Boeing as saying.

The Boeing 737-500 passenger aircraft with 62 people aboard slammed into the Java Sea on January 9, minutes after take-off from Jakarta en route to Indonesian city of Pontianak in West Kalimantan province.

As many as 239 body bags containing human remains had been retrieved and 12 victims have been identified after forensic examinations in the police’s hospital as of Thursday.

The National Transportation Safety Committee (KNKT) has retrieved data from the flight data recorder (FDR), but the search team is still looking for the aircraft’s CVR.

Strawberries to write a new chapter of development in Jhansi

‘What killed Maradona?’ shows the flipside of life of a football god