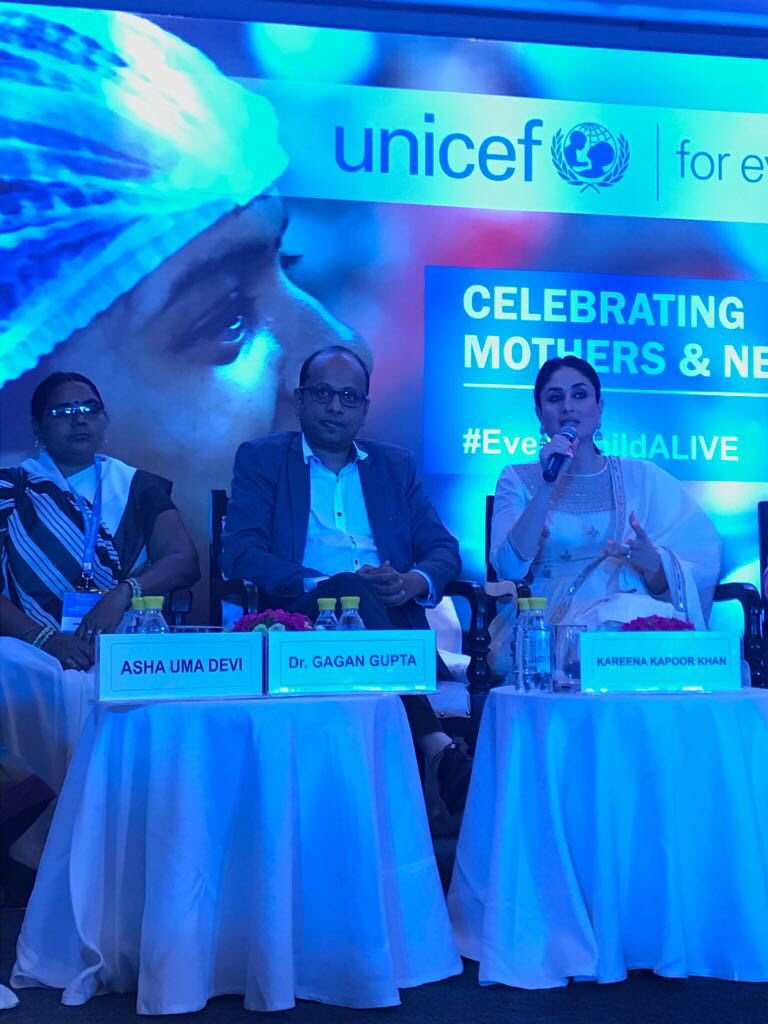 “There is a direct link between a girl being educated and empowered,” the 37-year-old actress said, adding education would enable a woman to shoulder the responsibilities of motherhood.

Let’s make motherhood an empowering experience for every mother in #India and the ? #HappyMothersDay #EveryChildALIVE – @UNICEF Celebrity Advocate #KareenaKapoorKhan pic.twitter.com/Ral4TOaEow

Kareena was speaking at an event here organised by Unicef India to discuss the importance of celebrating mothers and their newborns.

“There is a very important need to stress on education of the girl child. Pregnancy during adolescence puts both the mother and child in danger and proper education will help put a check on it,” she said.

The event was organised to mark Mother’s Day against the backdrop of Unicef’s ‘Every Child Alive’, a signature neonatal campaign that supports and accelerates Unicef’s efforts to eliminate preventable neonatal deaths by 2030, with a focus on the girl child.

On #MothersDay I’d like everyone to spread #UNICEF message of #EveryChildALIVE and sign the petition https://t.co/Z9HJP4xAvN – @UNICEF Celebrity Advocate #KareenaKapoorKhan pic.twitter.com/69vXE0IWxT

“We need to give more emphasis of girl education. They are on their way to become mothers, they need to be given right guidance and right education – this is something we all need to look for,” Kareena said.

The actress who will soon be seen in “Veere Di Wedding” also emphasised on the role of the father in parenthood and talked about her husband Saif Ali Khan’s contribution in bringing up their first child.

On #MothersDay @UNICEF Celebrity Advocate #KareenaKapoorKhan shares a candid look at how she and her husband balance work and raising their son #Taimur ? #EveryChildALIVE pic.twitter.com/DWkGun7bjB

“It is said what a mother can do father can’t but there are lot of things that a father can do. And I am lucky to get the support from Saif. Even when I was exhausted after giving birth, I still insisted Saif to keep Taimur attached to his chest, give him the Kangaroo love.

“A father should step in when a mother undergoes changes post delivery. We must champion those fathers and give a shout out to them for their support,” she said.

Justin Bieber feared he would cheat on Hailey Baldwin

Los Angeles, Jan 29 : Singer Justin Bieber questioned whether or not he would be able to commit…
byWeForNews Desk

‘Pink’ is your story, our story.The Soojit Sircar production is a courtroom drama film, In which film put…
bySweta Sangam

Watch: Lovebirds Virat and Anushka are on romantic walk in NewYork