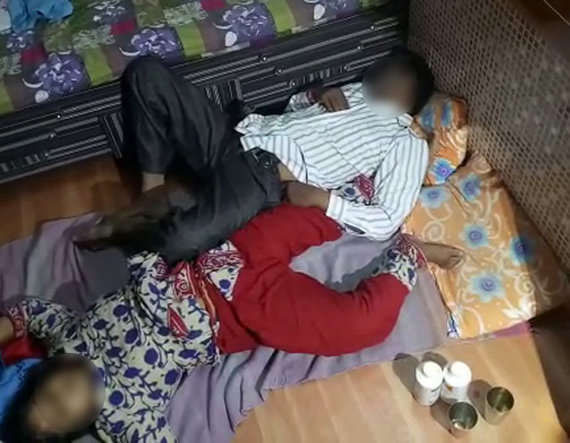 According to TV9 Gujarati, Haresh and his wife Ramila had consumed poison at their house in Maheshwari society at Kothari road of Rajkot. Though the cause of the suicide is unknown, initial probe reveals family disputes may have been the reason. No suicide note has been found yet.

Bhaktinagar police is investigating the incident, but no suicide note has been found yet.

Police said that last night, Ramila called up her daughter’s in-laws and urged them to take care of her daughter before they disconnected the call.

The deaths have taken place days before the second phase of polling in the Gujarat Assembly election.

Posters, banners and hoardings dotted the stretch to the Ramlila Maidan, the venue of the BJP’s National Convention…
byWeForNews Desk

Tejashwi throws the gauntlet to Nitish for poll battle

Govt can’t be a bystander on migrant crisis: Ahmed Patel

He said: "Speeches are not a solution. Rs 1000 cr of PM CARE funds must reach their hands."
byWeForNews Desk

New Delhi, Sep 17 : A man, a resident of a building adjacent to the flats that will…
byIANS