Sushant was born in Patna, Bihar in a Rajput family. His ancestral village is Maldiha in Bihar’s Purnia district.  His mother’s death in 2002 left Sushant devastated and it was in the same year that the family moved from Patna to Delhi.

He started his career with television serials, including an award-winning performance in the soap opera Pavitra Rishta (2009–2011) and as a participant in two dance reality shows.

He then entered films with a role as one of the three male leads in the drama Kai Po Che! (2013), for which he received critical acclaim as well as three Best Male Debut awards. 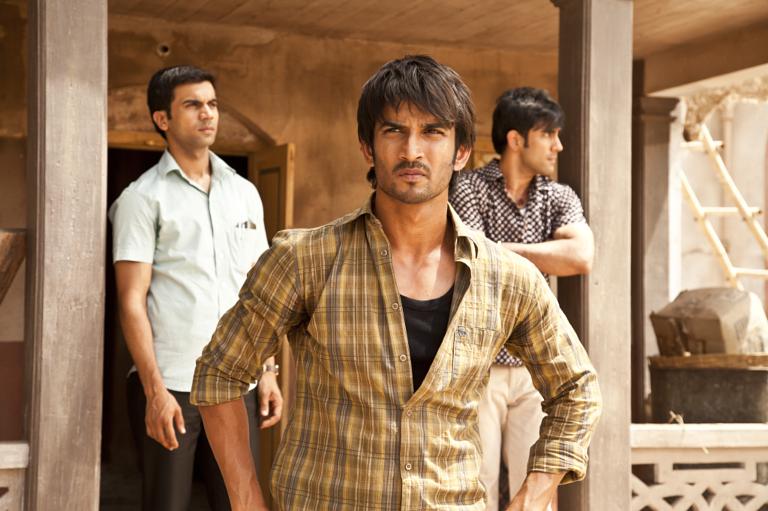 His other notable films since then have been as male lead of the romantic comedy Shuddh Desi Romance (2014) and as the titular detective in the thriller Detective Byomkesh Bakshy!. In 2016, Rajput appeared in Sports drama M.S. Dhoni: The Untold Story, in which he essayed the role of Indian cricketer Mahendra Singh Dhoni, the film was a commercial success and earned him critical acclaim and not many know that the talented and good-looking actor had almost chosen another career path for himself, that of an engineer.

And it looks like the actor made the right decision, as all seems to be working in his favour. Sushant is currently shooting for Abhishek Kapoor’s Kedarnath where he co-stars with Sara Ali Khan and Abhishek Chaubey’s Chambal with Bhumi Pednekar.

Here are some lesser-known facts about the talented star:

1. Rank holder in AIEEE- Sushant was an All India 7th highest scorer in AIEEE exam conducted for engineering students. He was studying for Mechanical Engineering, but dropped out in his last year after he realised that he wanted to pursue acting.

3. Debut in Small Screen with Balaji- Many think the popular daily soap Pavitra Rishta was his television debut, but no, this is not true. He started his acting career with the role of Preet Juneja in the daily soap Kis Desh Mein Hai Dil Mera.

4. Fabulous Dancer- Apart from being a good actor, he is also known as a fabulous dancer. He was trained at the Shiamak Davar Dance Academy and performed as a background dancer for various award shows before  getting his first screen role. He even participated in a couple of popular dance reality shows, including Jhalak Dikhhla Jaa 4 and Zara Nachke Dikha.

5. Sushant is a multi-talented man. Not only is he a capable actor and a good dancer, but the actor has also learned martial arts from Allan Amin.

6. It Took almost one and a half year for Sushant to prepare for Mahendra Singh Dhoni’s biopicand Sushant practised the ‘Helicopter shot’ for M.S. Dhoni: The Untold Story 225 times a day! 8. Assistant Director- Not just an actor, he had also worked as an assistant director on Mohit Suri’s on Raaz 2.

Chennai, May 19: Double Oscar-winning composer A.R. Rahman and actress Shruti Haasan are thrilled to have made their maiden…
byAnkita Gupta

How much does Kapil and his team charge for one day?

Bollywood Flirtatious star Ranveer Singh turns 31. Ever since Ranveer made his debut in 2010 with Band Baaja Baarat,…
byKritika Pandey

When Sunny Deol got beaten up by Dharmendra