In the hill town of Nainital, where top lawyers are arguing over the imposition of President’s Rule in Uttarakhand, the state’s High Court today told Attorney General Mukul Rohatgi that “All is fair in love and war.”

Chief Justice KM Joseph, who heads a two-judge bench hearing the case, smiled as he made that observation after the Attorney General wrapped up his arguments by contending that, “Harish Rawat cannot get another chance to manoeuvre his position.”

Mr Rohatgi is representing the Centre in a pitched court battle against the Congress, which has challenged the dismissal of its Harish Rawat government in the state last month.

The Centre imposed Presidents Rule in Uttarakhand on March 27, removing Chief Minister Harish Rawat’s government less than 24 hours before a crucial trust vote that would determine whether Mr Rawat had majority support in the assembly. 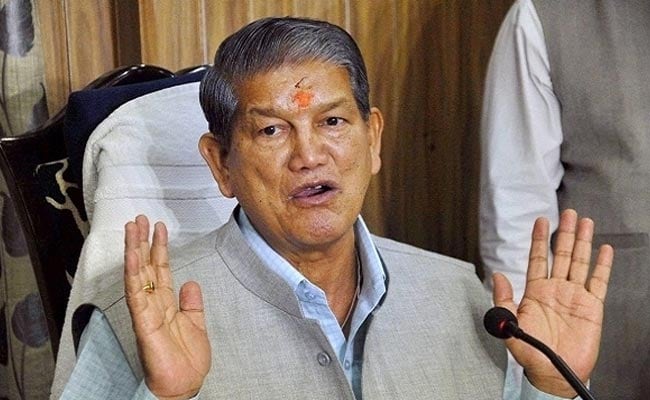 The Congress says that Mr Rawat must be allowed to prove his majority on the floor of the House. The Centre argues that Mr Rawat’s government was shown to be in a minority when it failed to get the state budget passed in the assembly on March 18, when nine rebel lawmakers of the ruling Congress joined the opposition in voting against it.

As he finished arguing why the Centre was justified in bringing Uttarakhand under President’s Rule, Mr Rohatgi handed over a pen drive on which is stored a sting operation that allegedly shows Mr Rawat making an attempt at horse-trading.

The court, which had on Monday questioned the hurry to impose Central rule just a day before the trust vote, today also said, “When a voter votes he doesn’t vote only for a party. He also votes for the individual. The Centre has to respect the voters decision.”

To which Mr Rohatgi said that the case was not about the Rawat government’s work but about the events of March 18, when, he said, 35 lawmakers in the 70-member Assembly voted against the chief minister.

“It’s as important as providing lathis to policemen…and deploying barricades. It’s an important preventive part of the law and order situation,” said the Chief Justice, drawing an analogy.

New Delhi, Jan 28 : The Supreme Court while hearing a Jamiat Ulema-e-Hind petition against fake and motivated news during the Nizammuddin Markaz incident, cited the Internet ban as a preventive measure to contain violence, taken by the authorities during farmers protest in Delhi on January 26.

A bench headed by Chief Justice S.A. Bobde emphasized that at some point in time the government has to control news and cited the shutting down of Internet in various parts of the capital following violence on streets on Republic Day.

The Chief Justice said the government shut down the Internet over mobile because of the farmers visit to Delhi and so “couldn’t it do the same when it finds certain news channel indulging in bad reporting, which may lead to violence or targeting a certain community”.

“I’m using the non controversial term… You have shut down internet mobile…These are problems that can arise anywhere…,” said the Chief Justice.

To which, Chief Justice replied that he “deliberately was using a non-controversial word”.

After making this reference to the January 26 incident, when farmers rampaged through the national capital, the top court got back to the hearing on the matter in hand in which various petitioners had objected to the motivated reporting by various media houses against the Muslim community post the Markaz incident that was regarded as a superspreader of Covid in March 2020.

The Chief Justice emphasized that “fair and truthful reporting is normally not a problem, but the problem begins when it is used to agitate others and target a particular community”.

The Chief Justice stressed that “controlling the flow of information, which may cause damage is extremely important and it should be done through preventive measures”.

“It’s as important as providing lathis to policemen…and deploying barricades. It’s an important preventive part of the law and order situation,” said the Chief Justice, drawing an analogy.

The top court said that the government is not doing its bit to control new channels showing programs which instigate a community.

“There are programs which instigated or impacted a community. But as a government, you do nothing,” the Chief Justice told Mehta.

The Chief Justice also told Mehta: “Control over some news is as important as some preventive measure and check law and order situation. I don’t know why you are blind to this. I don’t mean anything offensive but you are doing nothing about it.”

The court has posted the matter for further hearing after three weeks.

Jamiat and others have moved the top court citing bad reporting by various media houses, which demonized the Muslim community in the backdrop of the Nizamuddin Markaz incident.

Demanding a solution to the crisis, the teachers had been staging a sit-in over the last 52 days at Paradise Chowmuhani in the state capital.

Over 10,000 government school teachers were sacked last year, in accordance with a 2014 high court order, which said that their recruitment process was a faulty one. The Supreme Court later upheld the verdict.

Demanding a solution to the crisis, the teachers had been staging a sit-in over the last 52 days at Paradise Chowmuhani in the state capital.

Trouble started in the morning after the police dismantled the makeshift tent, where they had been holding the protest, and detained around 300 agitators.

Shortly after, the protesters set out on a march to the CM’s residence, notwithstanding the restrictions, even as the police tried to stop them.

A scuffle ensued, following which the police lathicharged the agitators, burst tear gas shells and sprayed them with water.

The demonstrators, in retaliation, ransacked vehicles of police and district officials.

“We had information that the movement could turn into a violent protest and there were chances of breach of peace.

The district magistrate had announced that prohibitory orders under section 144 of the CrPC have been imposed around the CM’s residence. So the gathering was illegal,” Additional Superintendent of Police Shasvat Kumar said.

According to a member of the Joint Movement Committee (JMC) — a forum created by the terminated teachers — the Tripura police dismantled the tent without any warning, when the agitators were still asleep.

Many teachers were detained forcibly by the police and taken to Tripura State Rifles (TSR) camps near here. We are not criminals. Why did the government use force?” Kamal Deb, a leader of the forum, said here, adding that several protesters sustained injuries in the melee.

Under no circumstances, we could have allowed the protest near the CM’s residence, he added.

“Services at Delhi Metro stations, which were closed yesterday, had resumed late night. Lal Quila station has been closed again and entry to Jama Masjid station is restricted as of now. Normal services are there at all other stations,” a senior DMRC official said.

A day after violence broke out during the farmers’ tractor parade in the national capital, Delhi Metro authorities on Wednesday shut the Lal Quila station and restricted entry to the Jama Masjid station amid heavy security deployment at the Red Fort.

A large number of metro stations in central, north and west Delhi areas, including Lal Quila, ITO, Jama Masjid, Delhi Gate, Indraprastha, were shut on Tuesday soon after the tractor parade had taken a violent turn.

“Services at Delhi Metro stations, which were closed yesterday, had resumed late night. Lal Quila station has been closed again and entry to Jama Masjid station is restricted as of now. Normal services are there at all other stations,” a senior DMRC official said.

Security has been beefed up in several places across the national capital especially at the Red Fort and farmer protest sites, with deployment of additional paramilitary forces following the violence.

First it tweeted in the morning that “Entry gates of Lal Quila metro station are closed. Exit is permitted at this station. All other stations are open. Normal services on all lines”.

Average waiting time at Saket metro station on Yellow Line was 35 minutes. In case of any fluctuations in crowd, the waiting time will be informed accordingly, the DMRC had informed in another tweet.

However, in a successive tweet, it said: “Peak Hour Update The average waiting time for Saket has normalised”.

The Delhi Metro currently operates on a network of about 390 kilometres with 285 stations spanning 11 corridors (including NOIDA – Greater NOIDA).

The tractor parade on Tuesday that was to highlight the demands of the farmer unions to repeal three new agri laws dissolved into anarchy on the streets of the city as tens of thousands of protesters broke through barriers, fought with police, overturned vehicles and hoisted a religious flag from the ramparts of the iconic Red Fort.

Pakistan to begin Covid vaccination from next week

Will march on foot towards Parliament on Feb 01: Krantikari Kisan Union