New Delhi, Sep 24 : Noted Assamese actor Adil Hussain has urged the government to release Rs 5 crore for the promotion of Rima Das’ Assamese film “Village Rockstars” ahead of the Oscars, where it will represent India in the Best Foreign Language film category.

On Saturday, the Film Federation of India (FFI) announced the independent film as the chosen one to vie with movies from several other countries to make the cut as a nominee in the highly competitive Academy Awards category.

FFI’s selection committee chairman S.V. Rajendra Singh Babu, a veteran film producer, said there is an acute lack of funds to carry out the required promotional processes effectively, which is why many Indian movies haven’t made it to the final round, barring three — “Mother India” (1957), “Salaam Bombay!” (1988) and “Lagaan” (2001).

Adil was “flummoxed” with the statement.

“The governments have so much money to promote themselves putting posters all across! After selecting ‘Village Rockstars’, jury says there’s acute lack of funds to promote film at Oscars,” tweeted the actor, whose Norwegian film “What Will People Say” is Norway’s official entry to the Oscars this year. 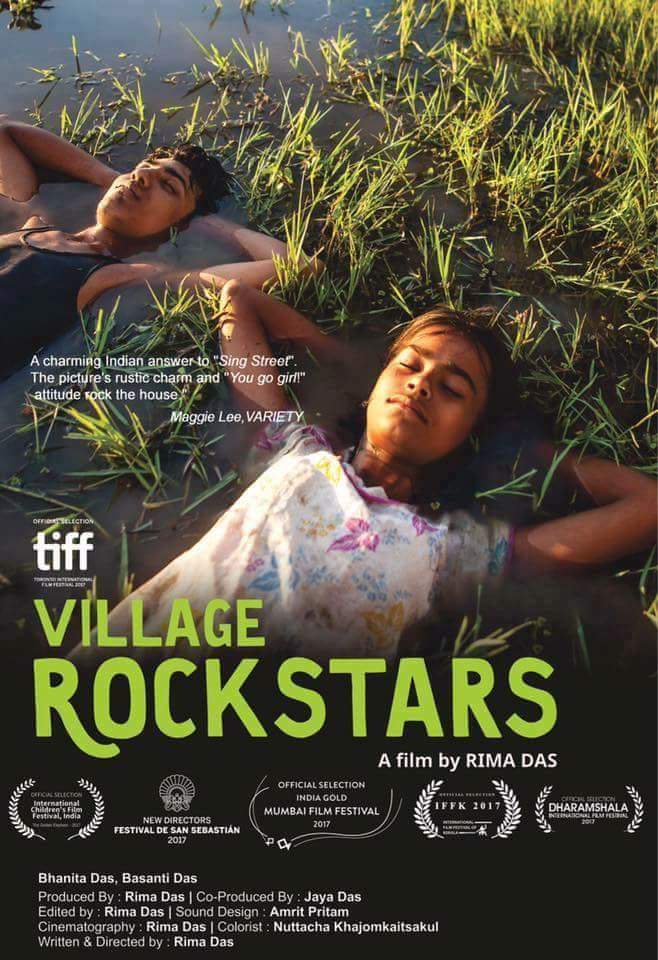 Adil drew the attention of the Assam government, Assam Chief Minister Sarbananda Sonowal, his office and of the Ministry of Information and Broadcasting to the matter, hoping they “will immediately release Rs 5 crore for the promotion of ‘Village Rockstars’, since all other countries have already started their campaigns in the US”.

As Rajendra Singh Babu rightly pointed out, “It is impossible for independent and small producers to promote their film all by themselves. It is important that they receive funds to do so. It is important we follow these processes to reach all the Academy members and critics.”

Actor Annup Sonii expressed disappointment, and wrote: “For the smallest achievement they have big funds but for this… ‘Acute lack of funds’. Eventually it will come down to the filmmaker asking for favours or donations… Sad… Very sad.”

Actress Renuka Shahane questioned: “Why don’t we from the film fraternity join hands and create a fundraiser for our Oscar entry? Let’s not depend on the government. It is important that we support this gem of a film onwards to the Oscars.”

When a Twitter user pointed out that “filthy rich, big stars and producers” from the industry “can afford your Oscar thingy”, Renuka retorted: “What do you mean ‘Our Oscar thingy’?

“It should be a matter of pride for the entire country that a young girl with no background or training in filmmaking makes an incredible film like ‘Village Rockstars’ that compels the jury to select it for the Oscars. Let’s not be myopic.”

On Adil’s plea to the government, another user commented that the taxpayers’ money should not be used for Oscars.

“Is it some kind of national service? Why should we care about an American award? Why can’t film industry fund these expenses?” the user questioned.

To that, Adil wrote: “Government can use taxpayers’ money to promote India’s image as a supporter of high quality art. That’s what all civilised governments do! ‘Village Rockstars’ is an independent film. It’s not a mainstream run-of-the-mill film.

“Government’s responsibility is to support fine art of any discipline.”

Set in Das’ own village of Chhaygaon in Assam, “Village Rockstars” is the story of “poor but amazing children” who live a fun-filled life.

As for Das, she is hoping for the best as far as funds are concerned to put her film on the Oscars map.

“‘Village Rockstars’ is a film about dreams and hope. It has transcended so many barriers right from the time of its inception and I am hopeful this time too it will.”

New Delhi, Jan 7: Bipasha Basu is celebrating her 39th birthday today. Even with the growing age, her…
byAsha Rai