New Delhi, May 23: In a shock move, Former South African captain AB de Villiers has announced his retirement from all international cricket with immediate effect.

The 34-year-old announced the news on Twitter on Wednesday, posting a video to his followers. In the video, De Villiers said, “It is time for others to take over. I’ve had my turn and to be honest, I am tired.”

The decision comes as a massive blow to the Proteas, who would have been counting on De Villiers at next year’s World Cup at the end of May next year.

AB de Villiers has played 114 Tests, 228 ODIs and 78 T20 Internationals for South Africa. His last appearance was in the final Test between Australia and South Africa between March and April, 2018. 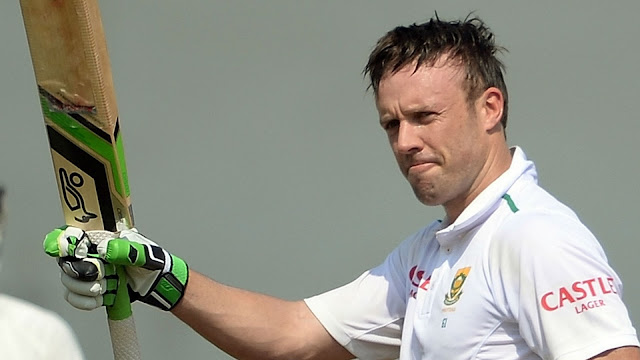 De Villiers was known as a ‘360 degree’ batsman who could play shots in all directions and his attacking batting style has often been compared to that of Sir Viv Richards’.

Mumbai, Jan 24: The Committee of Administrators on Thursday lifted the suspension on Hardik Pandya and KL Rahul…
byAnushruti Singh

Author Shobhaa De has been slammed by many for mocking the Indian athletes participating at the Rio Olympics,…
byAnjali Kesarwani